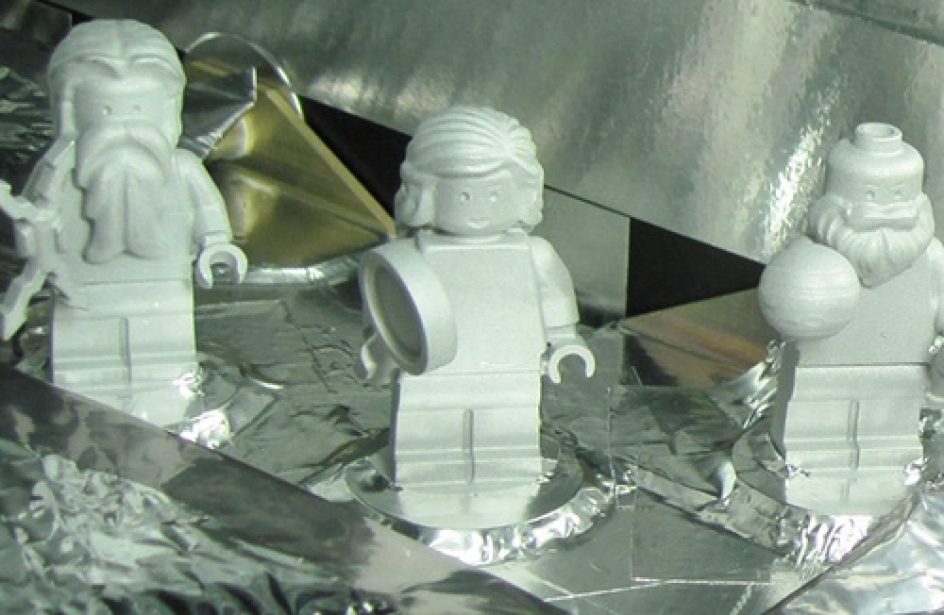 Legos have been everywhere on Earth in the sixty-seven years since Denmark’s Ole Kirk Christiansen invented them in 1949, as anyone who has ever stepped on one while barefoot can certainly attest. However, in two years a set of aluminium Legos will travel a total distance of 1.74 billion miles to orbit the largest planet in our Solar System, ultimately dying a fiery death upon entering Jupiter’s atmosphere.

Adding the three figurines to the JUpiter Near-polar Orbiter (Juno), one representing seventeenth-century Italian astronomer Galileo Galilei, one of the likeness of the Roman god Jupiter, and one of the Roman goddess Juno, was the idea of Juno’s Principal Investigator Scott Bolton. He saw it as an opportunity to connect with and inspire children, ideally capturing their interest in the mission specifically and astronomy in general.

“It was just me making a cold call,” Bolton said of the conversation with Lego. He said he chose Lego due to its long-time commitment to education.

Legos are hardly unfamiliar with space travel, having already been on missions to the International Space Station and Mars. However, this trip is by far the farthest a Lego figurine has gone.

Ordinarily made from plastic, Lego made these figurines out of aluminium, as it would better handle the harsh environment of the vacuum of space. “They had to be made of the same material the spacecraft is made of,” explained Bolton.

Only two sets of the aluminium figurines were made – one placed under the probe’s thermal protection, and one held in reserve with NASA to be used as a replacement if necessary. While those two sets are the same size as plastic ones available in stores, they are as yet not for sale commercially. Bolton says he hopes that they will be for sale in the near future.

The spacecraft Juno, with the aluminium Legos in tow, will enter Jupiter’s orbit on July 4.