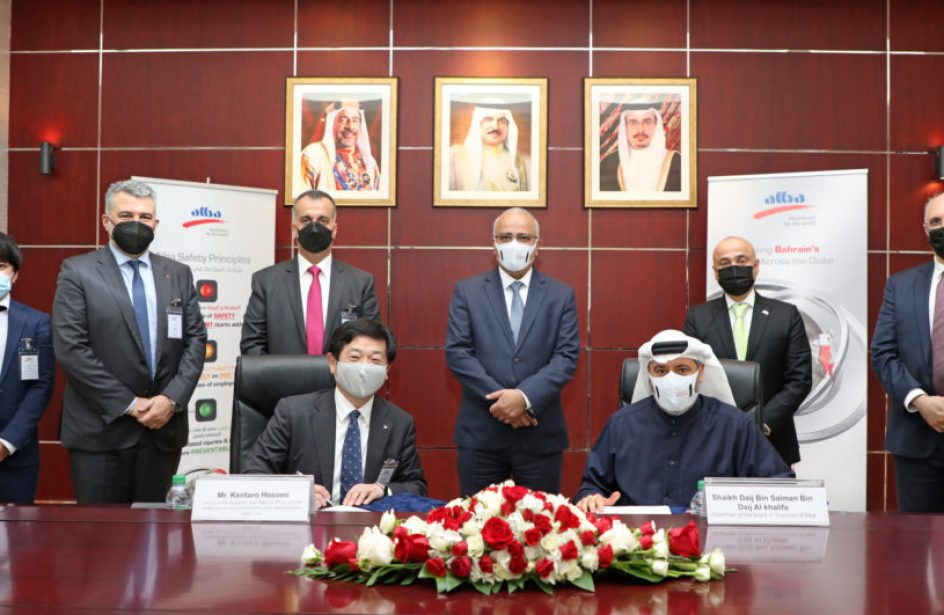 The memorandum is unique among aluminium smelters and will begin with a feasibility study to determine if carbon dioxide can be captured from flue gas emitted at Alba’s aluminium plants. MHI and Alba will evaluate a capture technology developed by MHI in conjunction with Kansai Electric Power Co.

Commenting at a signing ceremony for the memorandum, Alba’s Chairman of the Board Shaikh Daij bin Salman bin Daij Al Khalifa said that the agreement is an important step towards carbon neutrality.

“Environment, Social and Governance (ESG) matters are fronting everything we do in Alba. This MoU will play a fundamental role as we want to be accelerators and embed sustainability considerations in our operations to be more environmentally responsible and inclusive. We are also pleased to partner with MHI Group – a proven leader in Carbon Capture technology – as we chart our journey in our race to decarbonisation.”

“As a market leader in decarbonization technology such as carbon capture, storage and utilisation, MHI Group is proud to support Alba and the Kingdom of Bahrain in reaching their ambitious sustainability goals,” elaborated CEO of MHI EMEA, Kentaro Hosomi. “It is partnerships such as this that enable industry to move quickly on the way to carbon neutrality.”