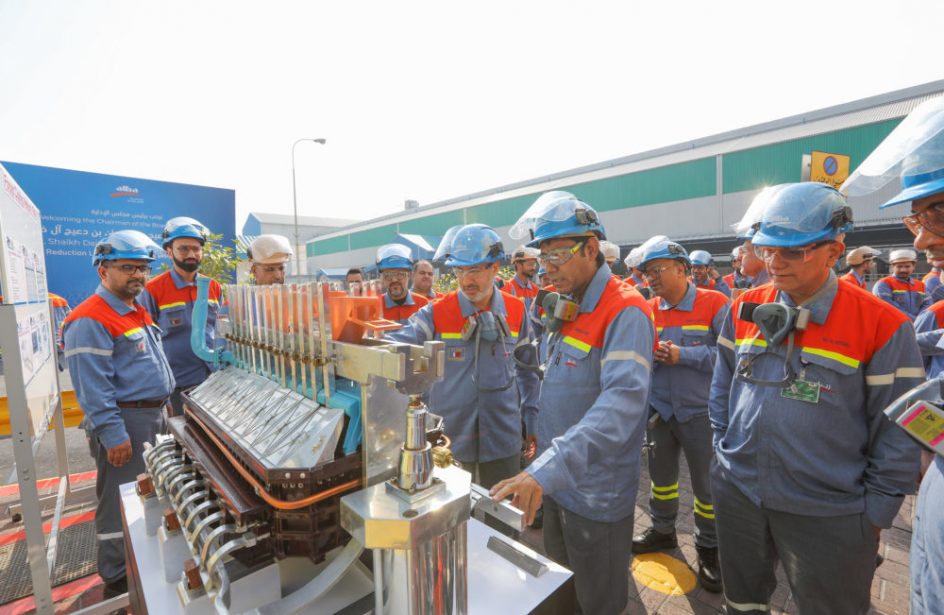 Aluminium Bahrain B.S.C. (Alba) kicked off 2023 this week by launching its Forced Cooling Network (FCN) Project at Potlines 4 and 5 earlier this week.

The project will boost the amperage at Potlines 4 and 5 to 410 kA, which is expected to translate to an increase in production capacity of around 17 thousand metric tons per annum.

Alba will manage the FCN project in-house with its Operations and Engineering teams, which began detailed engineering in August 2021. Construction began the following March, and Alba notes that the installation was completed in 478 thousand manhours and zero lost time to injury.

Alba’s Chairman Shaikh Daij bin Salman bin Daij Al Khalifa said in a press release that completing the project is a testament to the resilience of the company’s staff.

“By chasing operational efficiency, we will attain excellence as we journey to the future. Devised as a focus area within Alba’s 5-year business strategy, the FCN Project started as one step outside our comfort zone since it was executed while Potlines 4 & 5 were fully operational — and that speak volumes about the technical and operational expertise of our people.”

“We are pleased to commission FCN Project simultaneously in Potlines 4 & 5 on time and within budget. Action expresses priorities and the key is to schedule our priorities right. I take the opportunity to thank our teams for this exceptional teamwork and for delivering this Project safely without any disruptions to our ongoing operations.”

Alba is one of the largest industrial companies in the Middle East and is the world’s biggest aluminium smelter outside the People’s Republic of China. Originally incorporated in 1968, the company is based in Bahrain and 84% of its total workforce are Bahraini nationals. It began operations in 1971 with a 120,000 metric ton annual capacity. Modernization bumped the output up to 450,000 metric tons in 1992. In the spring of 2005, Alba opened Line 5, raising output by 860,000 metric tons per year. In 2022 Alba’s smelter produced 1,600,111 metric tons of primary aluminium.