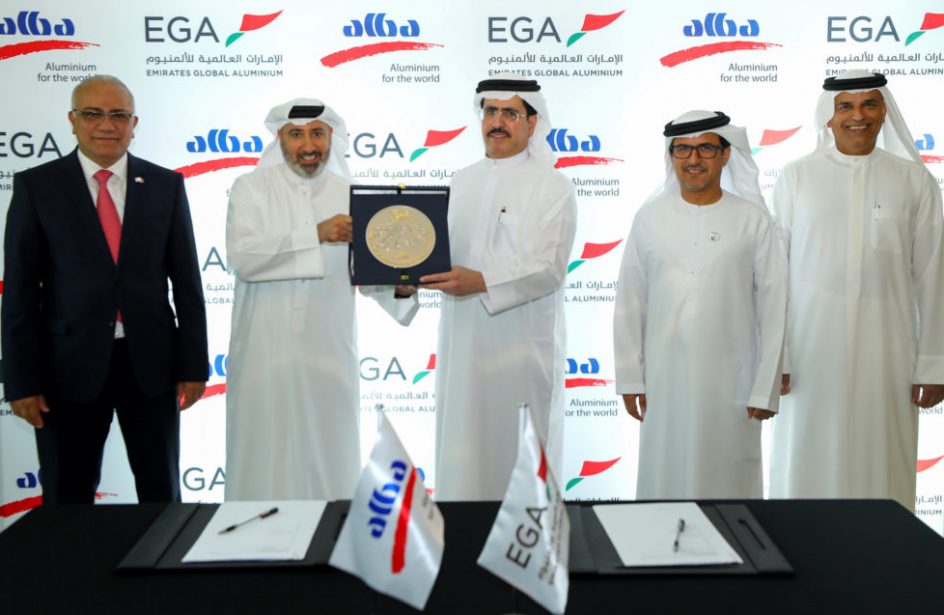 Aluminium Bahrain B.S.C. (Alba) and Emirates Global Aluminium PJSC (EGA) have signed a Memorandum of Understanding on technology cooperation between the two firms this week.

Details of the MoU were sparse, but the document evidently contemplates to find ways for the two companies to work towards increasing production at Alba’s Line 6 smelter and to use other technology developed by Alba to bump up EGA’s current nameplate capacity.

Alba’s Chairman of the Board Shaikh Daij bin Salman bin Daij Al Khalifa said in a press release that his firm is excited about the new partnership.

“This MoU cements our technology partnership with EGA, our partner of choice. We are pleased with the performance of EGA’s DX+ Ultra technology at Potline 6 and keen to work with EGA to further improve our Potline performance. We are also excited to explore other opportunities to deploy EGA technological expertise at our smelter for the potential brownfield expansion of Potline 7, in another close cooperation between our two nations – the Kingdom of Bahrain and United Arab Emirates.”

“This agreement is in line with the directives of the UAE’s wise leadership to further deepen the brotherly relations between our two countries,” continued EGA’s vice chair Saeed Mohammed Al Tayer. “Aluminium Bahrain was EGA’s first technology customer, in a landmark for the development of a knowledge-based economy in the UAE. EGA looks forward to continuing to apply its technology expertise on a commercial basis to support their production ambitions. EGA’s goal is to be the technology supplier of choice in the Aluminium industry, with technology as a growing revenue stream for EGA as well as delivering competitive advantage for the company’s own operations.”