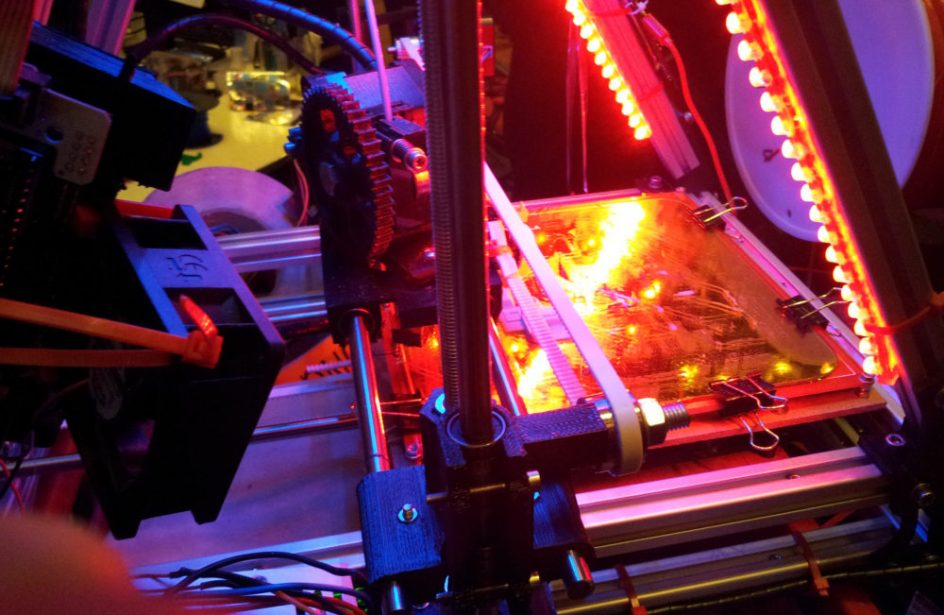 The demand for aluminium has risen from many quarters – automotive, aviation, construction, infrastructure, energy transmission, and many more. Among the more exciting (and perhaps less talked-about) avenues of demand for the versatile metal is that of additive manufacturing, or, as it is more popularly known, 3D printing.

Three-dimensional printing technology has been in existence since 1987, but only in the last decade has the process made the jump from the laboratory to the factory floor. The 3D printing market is worth around US$4.8 billion at the moment, and experts believe that the sector will explode by the end of the decade, reaching a market that’s expected to be worth US$20.5 billion in 2020.

Additive manufacturing offers the average industrial firm several advantages. Among the most significant revolves around localized production. Thanks to economic and technological factors, the Western manufacturing sector has been in a long, slow decline for several years. Though moving manufacturing offshore has made economic sense in many instances, the practice also has significant drawbacks, including time lost to transportation, lack of immediate control of manufacturing processes, and the risk of crucial production facilities interrupted by social and political turmoil in the areas the plant is located. Implementation of additive manufacturing allows firms utilizing the process to bring manufacturing back in-house, increasing competitiveness by cutting shipping and transportation costs, and eliminating the drawbacks mentioned above.

3D printing could be a game changer when it comes to production location. According to a report by E&Y, over forty percent of surveyed companies believe that additive manufacturing would have a strong impact upon the location of their manufacturing facilities. Two-thirds of firms in the United Kingdom say such technology would lead them to bring manufacturing back to their shores, while almost half of the surveyed firms based in the People’s Republic of China and the Republic of Korea are likely to bring home their overseas manufacturing operations.

In the short time that the technology has been widely available, the main fields in which it has taken hold are the automotive and aerospace industries, which are both areas that aluminium is already making significant and lasting inroads. Almost two-thirds of the world’s automotive and aerospace companies that have implemented additive manufacturing use metals, with aluminium alloys being the clear choice for 3D printing due to the recent emphasis on lightweighting in both sectors. According to PwC, out of 100 industrial manufacturers, two thirds have been using 3-D printing.

The fields of aerospace and defense show particular promise in the additive manufacturing field. Although still cost prohibitive in some applications and with issues regarding structural integrity when using metal as a medium that must still be overcome, the A&D sector has already employed 3D printing in metal for prototyping and demonstration units. In addition A&D firms have employed additive manufacturing in small-volume production applications, as the process readily lends itself to low-production runs of weigh-sensitive products where intricately-designed parts are needed, such as in the production of satellites and launch vehicles.

The global annual consumption of metal powders for 3D printing purposes, in particular, is estimated at about 100 tonnes for aluminium and 500-700 tonnes for other metals. One new product serves as an example of what the future of aluminium additive manufacturing could look like. Last spring, a subsidiary of Airbus debuted the world’s first printed motorcycle. Made from the corrosion-resistant, lightweight, and incredibly strong aluminium powder Scalmalloy, the motorcycle consists of a hollow aluminium frame. The finished motorcycle weighs in at a lithe 77 lbs., making it up to one-third lighter than similar motorcycles. A branched, hollow frame of this type is impossible to make using conventional milling and welding, but production posed little problem for additive manufacturing, which lays down successive layers of aluminium 60 microns in thickness.

Ampliforge serves as an apt metaphor for aluminium and its relation to additive manufacturing, combining the precision and versatility of 3D printing with the metal’s strength, sustainability, and ease of use. There’s little reason to believe that the metal won’t continue to find itself the feedstock in ever more applications of this revolutionary technology.