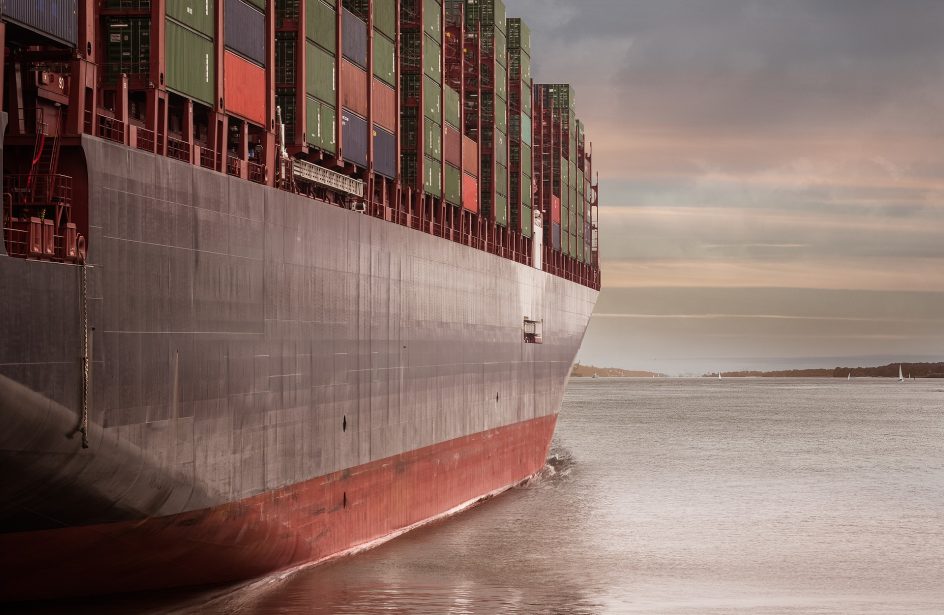 Even if the London Metal Exchange (LME) three-month aluminium price hit a seven-year high of US$ 2718 per tonne on April 19, primary aluminium smelters around the world had little reason to cheer. Why? Because input costs, and alumina above all, have also increased dramatically.

Indeed, alumina prices reached an all-time high in the second half of April of around US$ 800 per tonne. Knowing that about two tonnes of alumina are needed to produce one tonne of aluminium, it becomes clear why smelters are in trouble, despite the relatively high aluminium price. Under normal market conditions, alumina accounts for around 1/3 of total electrolytic aluminium production costs. This time around, however, alumina costs approached 2/3 of total costs, for those non-integrated smelters who need to purchase the white powder from other producers. 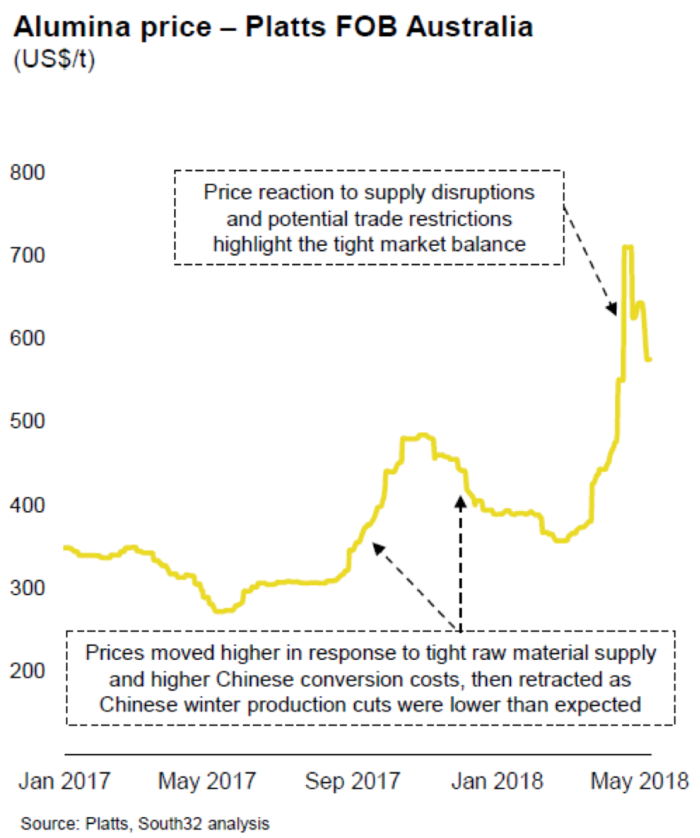 Despite high alumina prices, producers had no choice but to either curtail production or keep supplying their smelters with the powder, even if that meant operating at a loss. Mario Gadžić, CEO of Aluminij Mostar, for instance, described the situation in an interview recently as “the greatest crisis in the history of the aluminium industry”.

Since their April high however, both aluminium and alumina prices have eased significantly, and are trading currently at around US$ 2240/tonne (3-month LME aluminium price), while the Platts Australian alumina future quotes for May shipments stood at US$ 537.9 per tonne on FOB basis, (on May 25, for June deliveries).

The cause for such sudden and high price growth, both of aluminium and alumina, was the imposition of US sanctions against UC Rusal (more precisely its owner, Oleg Deripaska), the world’s second largest aluminium producer. The sanctions against Rusal were part of broader moves undertaken by the Trump administration against Russian companies in response to allegations of Russian “malign activities” worldwide. In so doing, the US essentially took off the market Rusal’s alumina production – 7.8 million tonnes, out of which 2.3 million tonnes are sold to third parties.

In the immediate aftermath of the sanctions, alumina prices spiked. Rusal produces alumina in Australia through its joint venture with Rio Tinto at Queensland Alumina Ltd. In addition, Rusal produces alumina in Ireland and Jamaica, which is exported to third parties, who regularly direct the shipments to Canada, Iceland, Europe and Africa. Due to high prices, several European aluminium smelters were at risk of closing since many smelters have no alumina inventories and hold a week’s worth (or less) of alumina.

The sanctions showed how vulnerable Western aluminium smelters are to sudden changes in the raw material supply chain. Shortly after they realised the impact of the sanctions, the Treasury extended the sunset period for Rusal’s clients to cut ties to the company to October 23, alongside strong hints that if Mr. Deripaska stepped down as the company’s owner, the blacklisting would be lifted.

Before the Rusal sanctions, the alumina supply was already tightening due to a partial outage at Hydro’s Alunorte plant in Brazil. In February, a Brazilian court ordered the refinery to halve its output, after concerns that severe rainfall had resulted in water contamination to nearby rivers. This alone has removed about 242,000 tones/month of alumina from the market. Alunorte is the world’s largest alumina refinery, with a nameplate capacity of 6.3 million tonnes/year while production is about 5.8 million tonnes/year.

The fragile nature of the alumina supply chain and its inconsistent pricing mechanism could not sustain another one disruption, caused by action against UC Rusal. 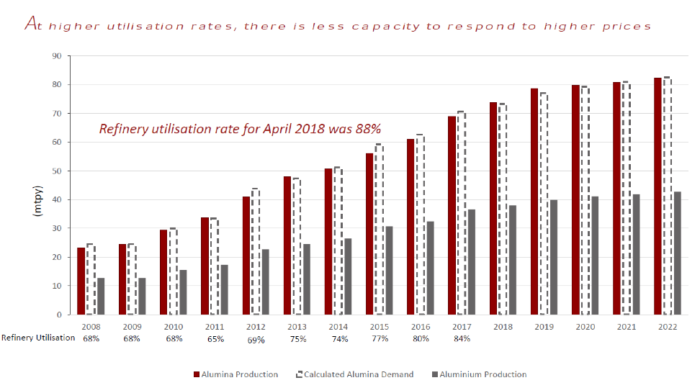 The industry used to link its alumina pricing to the LME aluminium contract, as a percentage of the LME 3-month aluminium price (usually 14-16%), which was largely accepted as an effective way of cushioning input costs against sudden and extreme price hikes, as seen in past weeks. However, around the start of the decade Alcoa, Rio Tinto and other leading producers decided to base their pricing of alumina on the basis of spot market indices compiled by price assessors such as Platts, Metal Bulletin and CRU. Alcoa is now pricing around 95 % of its third-party alumina sales basis either an index or the spot market. Most of the other big players in the market have followed suit.

The problem with this spot pricing (based on indexes) is that record high prices recently seen were based on just several cargoes, each around 30,000-35,000 tonnes in size, which is marginal tonnage in the global alumina market.

Aware of current unsustainable pricing mechanism, the LME is planning to start an alumina contract by end of this year, expecting to provide more transparency for the market as well as a more reliable and more accurate way of trading. It is still not clear which reference will be used for pricing, but it is expected that it will be based on average shipment prices during a time period and indexed similar to those main alumina price assessors. In future, it would be good if the alumina price would be set by one leading authority, and accepted by all major aluminium producers, instead of the current situation where several different indexes produced by several authorities coexist.

The fastest respond to the sharp rally in alumina prices came from China’s alumina refineries, which ramped up production and started increasing exports during both April and May. Historically, China has rarely exported domestic alumina due to deviations in chemical specifications, but with recent supply shortages Chinese companies jumped at the opportunity. According to SMM, China had exported more than 300,000 tonnes of alumina between the passing of the sanctions on Rusal and May 4. The exports came mostly from the Shandong and Guangxi provinces, as well as the Shanxi province. However, with falling alumina price at international markets and possible restrictions of exports by the government of raw materials, it is expected higher exports from China to be short lived.

The disruption to supply chains, along with higher alumina prices will spill over into the semi-manufactured aluminium industry and ultimately hit automakers, packaging and constructions. The industry needs to find the way to avoid these unexpected situations.

In Brazil, Hydro’s Alunorte plans to resume full production in July which will bring a relief to alumina price. On the other side, the Section 232 10% import duty on aluminium in USA will encourage higher primary aluminium production in US which will boost demand for alumina in following years. The bauxite price may also find support, due to the continued environmental pressure on Chinese mines and elsewhere that led to a tightening of bauxite supply.

Moreover, seasonal production cuts in China during the winter, due to the government’s anti-pollution measures, will remove from the market around 1.5 million tonnes of alumina next winter.

Due to the all the factors outlined, alumina prices will be protected in following months from further slumps, aside of those temporal and marginal. Next, barring any unexpected production disruptions, prices are not expected to grow much either in the next 6-12 months. After stressful times, aluminium smelters may finally find relief.