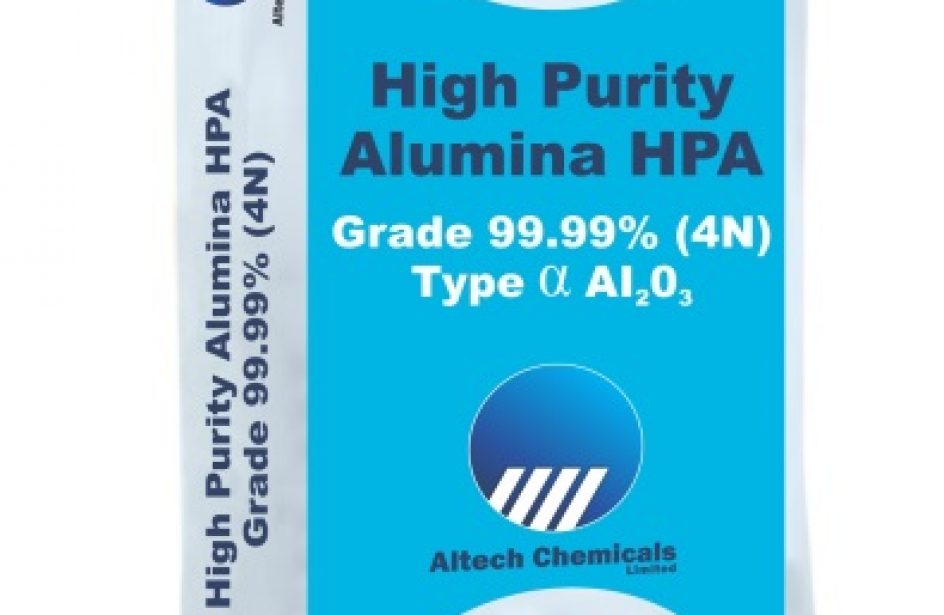 Western Australia’s Altech Chemicals Limited updated its shareholders on the firm’s journey to 4N alumina yesterday, saying that the requisite due diligence is steadily approaching its end.

According to the firm, no “fatal flaws” have been identified to date in its due diligence work. Among the steps in the process that have passed muster is the roaster kiln, which the company tested in December of last year in South Africa. The kiln’s mechanical performance and thermal performance were up to spec, leaving the kiln’s corrosion resistance to be examined, which the firm says was conducted by Curtin University and was proven to be satisfactory.

In March of this year laboratory test work was undertaken to confirm that alkali volitilization and impurity ingress would not affect the alpha alumina calciner’s alumina refractory lining. Altech says the lining passed the initial battery of tests at that time, but another set of tests was requested by Curtin University, and those tests are being conducted at the present time.

In addition to the above, testing is ongoing regarding various other aspects of the operation, including variability testing of the kaolin ore to be used as feedstock, jet milling test work to determine whether appropriate target particle size is being achieved, and HPA pelletizer testing.

Altech says that, despite the project’s exemption from requiring an environmental and social impact assessment, the firm commissioned such a study, which has been completed. The firm says that its outside legal team has nearly completed review of existing patents to determine whether its methods infringe upon the intellectual property of others as well.

“Whilst due diligence work has taken longer than initially anticipated, it is reassuring that all of the requested test work has been completed to the satisfaction of the various independent consultants,” said Altech’s managing director Iggy Tan. “The conclusion of the due diligence process is now in sight, and while there is no certainty that the cover or the project debt finance will be approved, the Company remains confident that its application for project finance export credit will be successful.”

Altech Chemicals is based in Subiaco, Western Australia and is attempting to develop a marketable process for delivering 99.99% (4N) HPA. It plans to construct a 4,000 metric ton per annum HPA plant at Tanjung Langsat Industrial Complex, Johor, Malaysia. The firm is fast-tracking HPA production due to an agreement with Mitsubishi for 100% of its proposed HPA production for ten years. At present, Altech intends to commence project development in the third quarter of this year.