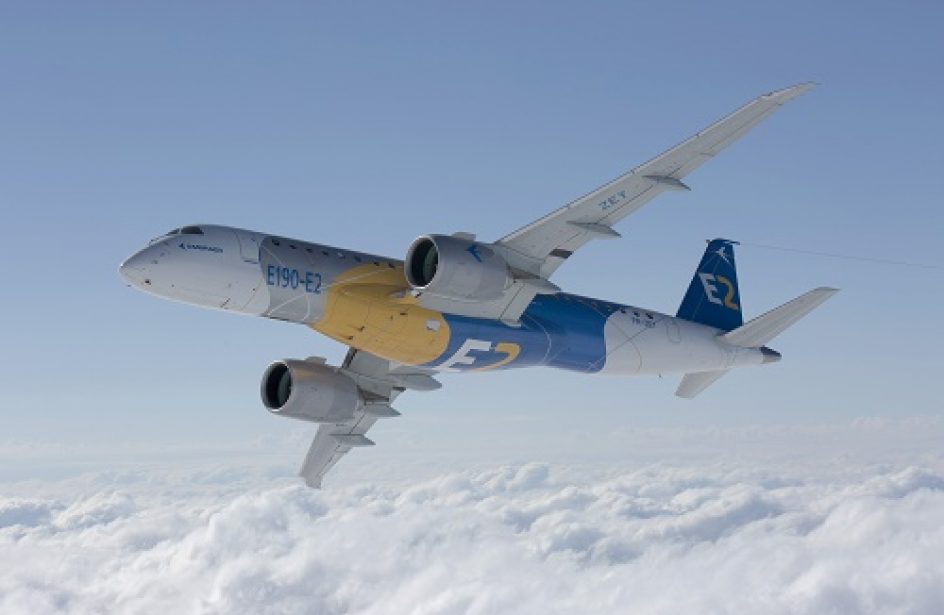 American aluminium producer Alcoa announced yesterday that it has signed a multi-year agreement with Brazilian aerospace conglomerate Embraer S.A. According to the press release, the contract will be worth about US$470 million.

The new agreement will have Alcoa providing Embraer with aluminium sheet and plate for the latter’s new E2 project. The E2 is the company’s second generation narrow-body medium-range commuter aircraft. The new line was officially debuted at the 2013 Paris Airshow and is scheduled to enter service in 2018.

“Our partnership with Embraer is rooted in constant innovation and this contract is further proof of that strength,” said the President of Alcoa’s Aerospace & Automotive Products business Mark Vrablec. “Our patented alloys enable us to support our customer’s game-changing E2 program, and we’re proud that Alcoa will fly with Embraer.”

Embraer says that the mid-range commuter aircraft segment will need 6,350 new aircraft over the next two decades. The firm went on to say that it has secured about half of that segment via orders for its E-Jet.

“Alcoa offers a good combination of technical expertise and industry leading material and capabilities,” said Embraer’s Vice President, Supply Chain. “Embraer designed the E-Jets E2 commercial aircraft to be the best in its segment and to do that, we needed the best material in the business, and Alcoa offers the best solution.”

The agreement in question makes Alcoa the sole supplier to Embraer of wing skins and fuselage sheet for the E2. Alcoa also agrees to supply wing ribs, fuselage frames, and other structural parts of the aircraft in this agreement. Those parts will also be used in the production of the firm’s KC-390 military transport aircraft, which it plans to introduce in 2018.

Founded in 1969 as Empresa Brasileira de Aeronáutica by the Brazilian government, Embraer is the world’s third-largest airplane manufacturer behind France’s Airbus and the United States’ Boeing.