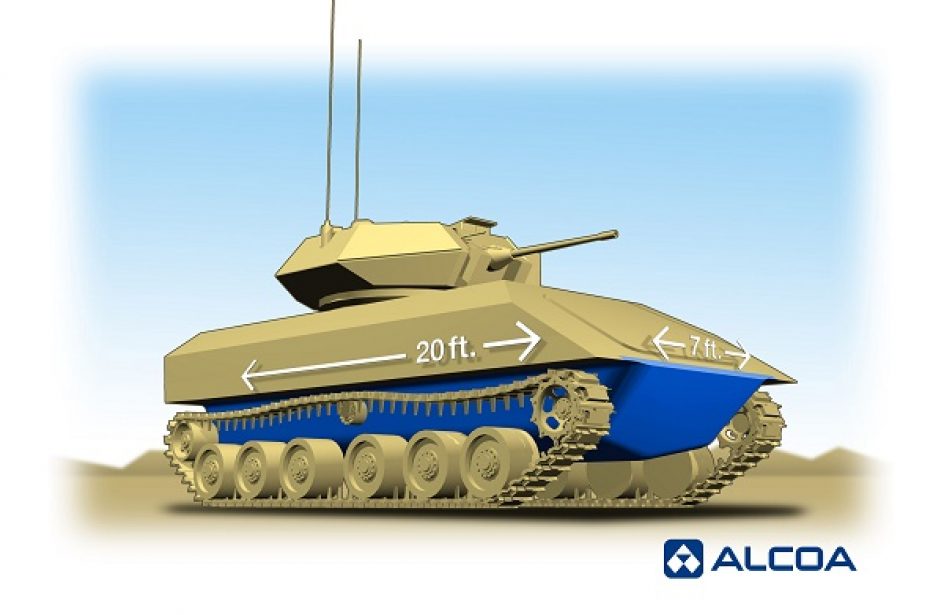 American aluminium producer Alcoa announced today that it has been awarded a contract with the United States Army to develop lightweight armor for its ground vehicles. The five-year “Ground Vehicle Light-Weighting” contract with the U.S. Army Tank Automotive Research, Development and Engineering Center (TARDEC) is estimated to be worth up to US$50 million.

The first operation Alcoa has been tasked with under the contract is an initiative to make improvements upon its aluminium weld wire alloys. The alloys have already proven to make weld points stronger as well as reducing corrosion at those weld points.

This is not the first time Alcoa has partnered with the US Army to develop lightweighting technologies for its vehicles. Three years ago the firm allied with the Army to manufacture the largest single-piece forged aluminium hull ever made, which was the biggest closed-die forging in history. The hull represented a significant improvement over the original, offering greater protection from improvised explosive devices (IED’s). Eleven years ago Alcoa developed aluminium structures for ground combat and tactical vehicles under a contract with U.S. Army Tank-Automotive and Armaments Command (TACOM). The bodies produced by Alcoa in this partnership lowered overall vehicle weights by between thirty and fifty percent over the original bodies.