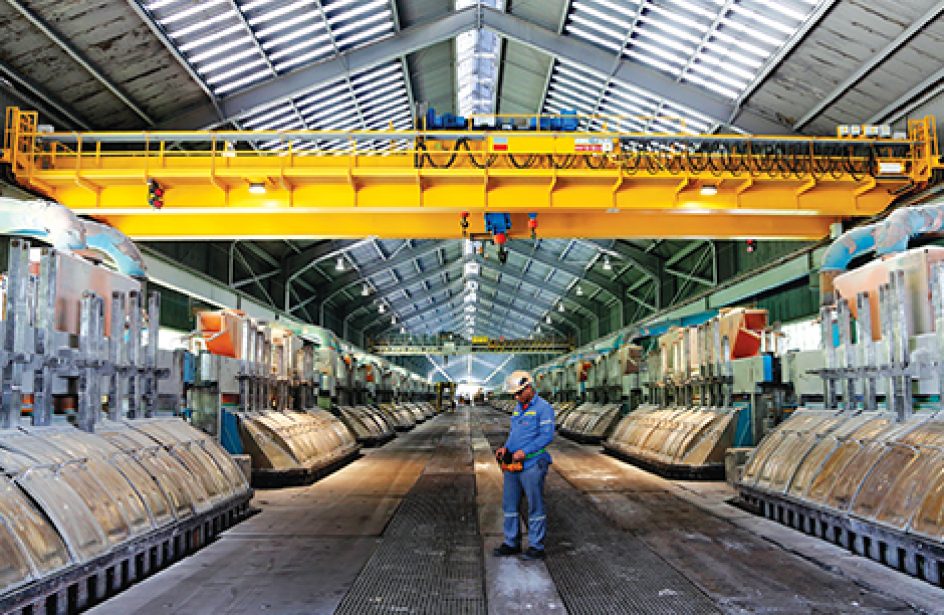 Aluminium Bahrain B.S.C. reported totals for the third quarter and first nine months of 2016 yesterday. Alba’s numbers were highlighted by an increase in year-on-year net income by almost two thirds.

The firm reported a sales total of US$463.5 million for the third quarter, down five percent year-on-year from 2015’s total of US$490.4 million. Alba chalks up the drop to a significant fall in premium prices. Sales for the first nine months were US$1.32 billion, down year-on-year by sixteen percent from US$1.57 billion over the same period last year. Alba blames the drop in aluminium at the LME and a fall in metal premiums as well.

The firm recapped two of the major news items in the quarter as well, saying that Project Titan Phase II remains on track, saving Alba US$56 per metric ton of aluminium. Also, the Line 6 project continues apace, having closed on a US$1.5 billion syndicated loan to continue financing the project, and that two major contracts were awarded for various aspects of the project.

“I would like to thank all our employees and contractors on completing a safe summer,” explained Shaikh Daij Bin Salman Bin Daij Al Khalifa, Chairman of Alba’s Board of Directors. “Alba continues to raise the bar in a challenging environment and was able to maintain its performance on many fronts. And as we move ahead, we look forward to secure the ECA financing tranche for Line 6.”

“Alba was able to raise Net Income on the back of a solid operational performance despite a relatively weak physical premium environment,” explained Alba’s Chief Executive Officer, Tim Murray. “Alba, also, had a successful and safe summer and I would like to thank our workforce for all their efforts.”