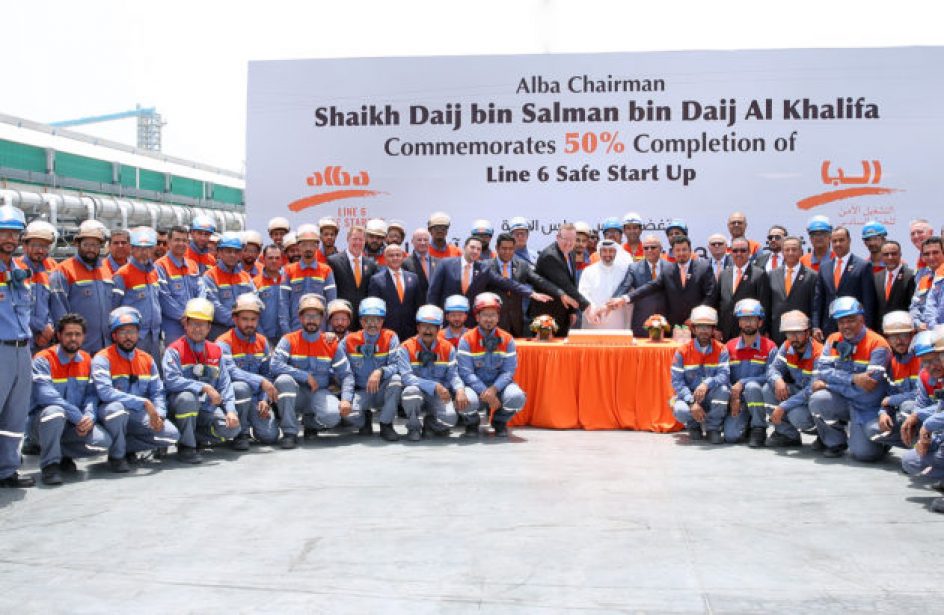 Aluminium Bahrain B.S.C. reached the halfway point on start-up at its new Line 6 after successfully bringing another 106 pots online last week, bringing the total number of operational pots to 212.

Alba held an event on Tuesday to mark the occasion, which was attended by officials from both Alba and construction contractor Bechtel.

“We are excited to have progressed the ramp-up of Line 6 pots ahead of plan by 12 days,” explained Chairman of Alba’s Board of Directors, Shaikh Daij Bin Salman Bin Daij Al Khalifa.

“With 50% of Line 6 operational, we look forward to advance the safe commissioning of the remaining 212 pots on schedule and to move closer to full production by Q3 2019.”

Line 6 was initially commissioned ahead of schedule in mid-December, reaching quarter completion in late March. When completed in Q3, the new potline will boost Alba’s total nameplate capacity by over 540 thousand metric tons per annum to an overall annual capacity of 1.5 million metric tons.