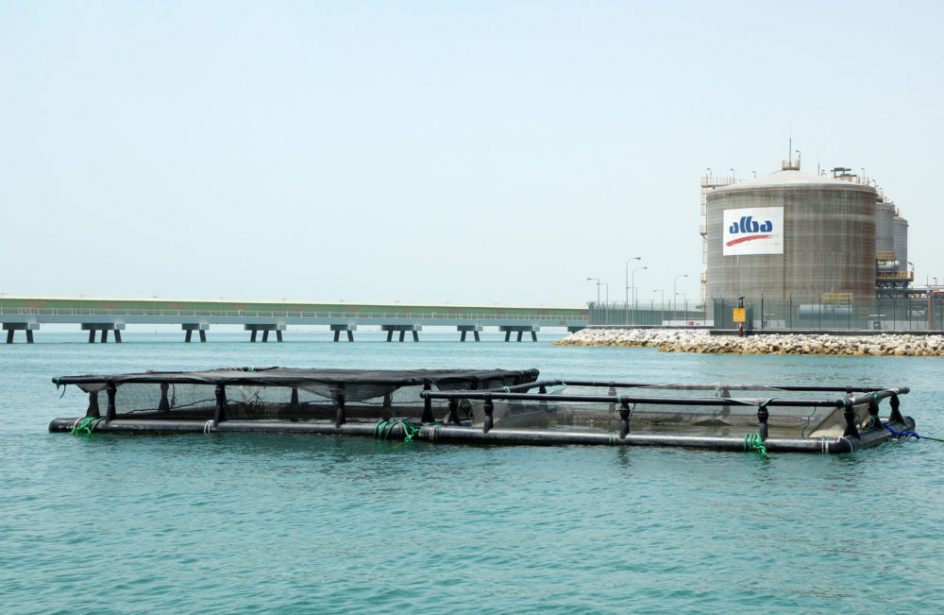 Aluminium Bahrain B.S.C. (Alba) announced yesterday the opening of a fish farm at its plant in Citra as part of the firm’s ongoing commitment to improving the area’s ecological system.

The project, which was done in conjunction with the Bahrain National Guard Consumer Association, consists of a pair of fish farming cages submerged adjacent to the calciner and marine jetty at the Citra Calciner and Marine Plant. Within one cage is approximately 5,000 sabiti (a/k/a sparidentex) fish, while in the other cage resides over 10,000 sea bream.

Alba notes that the project is part of a directive by King Hamad Bin Isa Al-Khalifa for the country’s heavy industry to conduct projects aimed at food security. The fish farm also dovetails with Alba’s commitment to the Aluminium Stewardship Initiative’s biodiversity program.

“As an island, Bahrain is home to a variety of marine life; Fish Farming is the most natural and sustainable approach to protect biodiversity and maintain environmental balance. With the successful set-up of the Fish Farm, Alba has demonstrated that its Calciner & Marine operations are safe and favourable for aquaculture. The proceeds from this Project will be spent on Alba’s various CSR initiatives in the local community. We also take the opportunity to thank Bahrain National Guard Consumer Association for their extensive experience and guidance in developing Alba’s Fish Farm Project.”