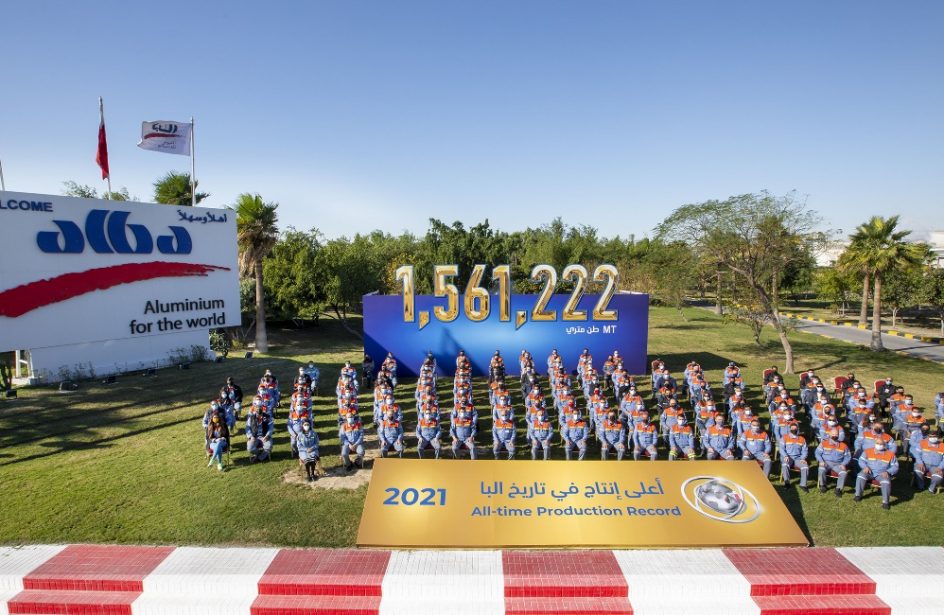 Aluminium Bahrain B.S.C. (Alba) announced this week that it smelted 1,561,222 metric tons of primary aluminium in 2021, setting an all-time high in the firm’s 50-year life.

In addition to this record high production, Alba said it completed over 20 million safe working hours in 2021without a single lost time injury (LTI), which is also a company record.

Alba’s CEO Ali Al Baqali said in a related press release that the accomplishment was an impressive testament to the firm’s labor force.

“Despite all odds, we closed 2021 with an exceptional performance by hitting new highs in our production – 1,561,222 metric tonnes and besting 2020 production record of 1,548, 500 metric tonnes. What makes this milestone even more important for us is that we have nailed it without any single Lost Time Injury (LTI).”

“I take the opportunity to thank our employees and contractors’ personnel for raising the bar and taking Alba to new heights thanks to their dedication and commitment,” he concluded.

The firm said it expects to release results for the final quarter and the full year of 2021 early next month.