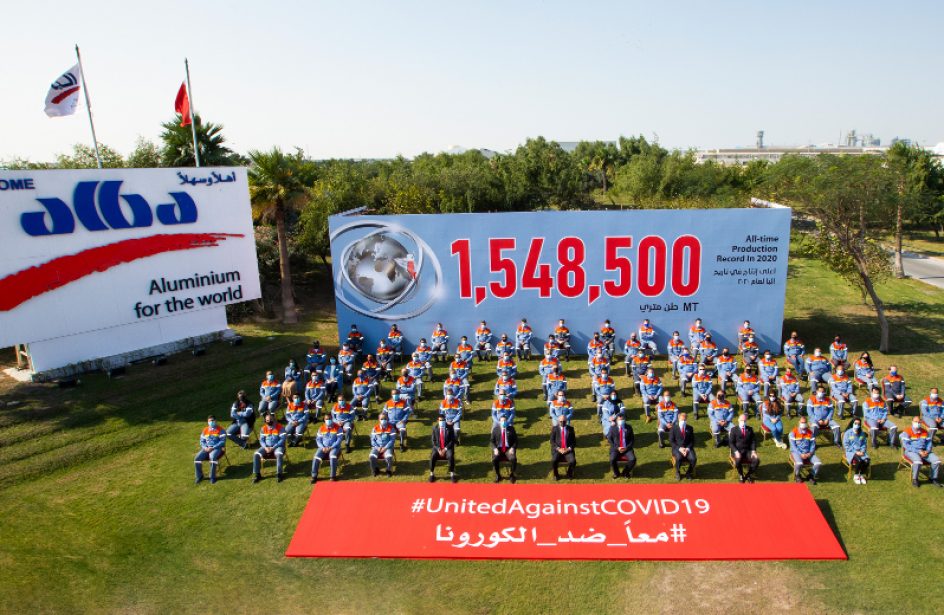 Aluminium Bahrain B.S.C. (Alba) set a company record for aluminium production in 2020, bumping production the year prior by 13 percent.

“2020 was a year like no other with world-shifting challenges. But for Alba and despite all odds, we have raised the bar and finished 2020 strong by achieving the highest-ever record in our operational performance. This achievement was only made possible thanks to our dedicated workforce, employees and contractors’ employees who rose to such challenges while remaining fully committed to our motto of ‘Safety First, Safety Always’.”