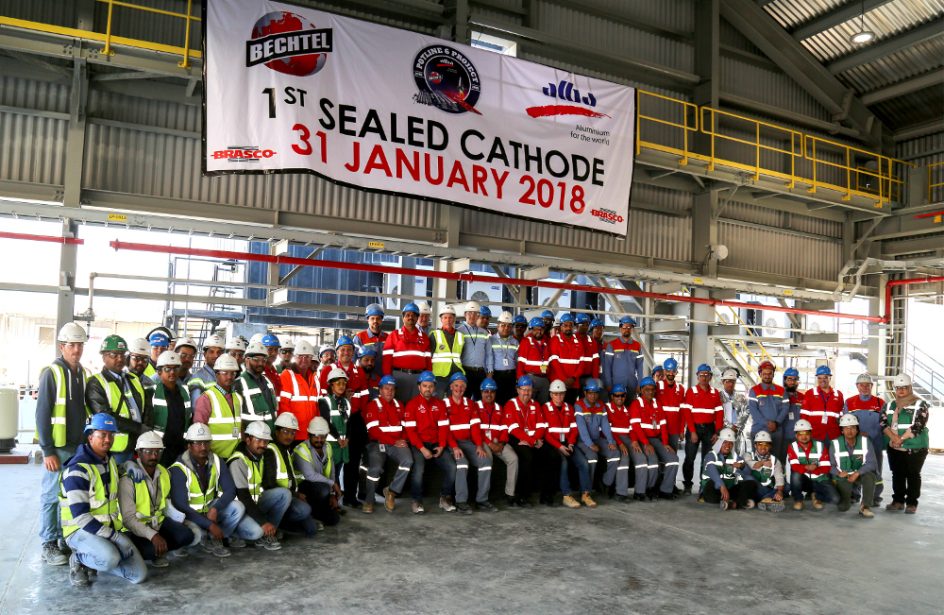 Mideastern aluminium firm Aluminium Bahrain B.S.C. (Alba) announced the completion of another milestone in its Line 6 Expansion Project last week, revealing to investors that the company completed the initial cathode sealing operation on the line.

Cathode sealing is an important part of the process of bringing the line to life, explains the firm. The line, which will utilize EGA’s DX+ Ultra Technology, is designed to make the smelting process more energy efficient, enough that the plant is expected to be able to handle the new capacity without significant energy increases.

Alba’s Chief Executive Officer Tim Murray commented on the firm’s progress in completing the Line 6 Project, noting that it continues to adhere closely to the schedule laid out for the project at its outset.

“We are very much pleased with the overall progress we have made on Line 6 Smelter. The focused-approach adopted by our team has yielded nicely on the progress of Engineering (79%), Procurement (83%), Contracts (97%) and Construction (17%) simultaneously.

“We look forward to the on-schedule completion of Line 6 Expansion Project and have everything checked to be ready for commercial operations.”