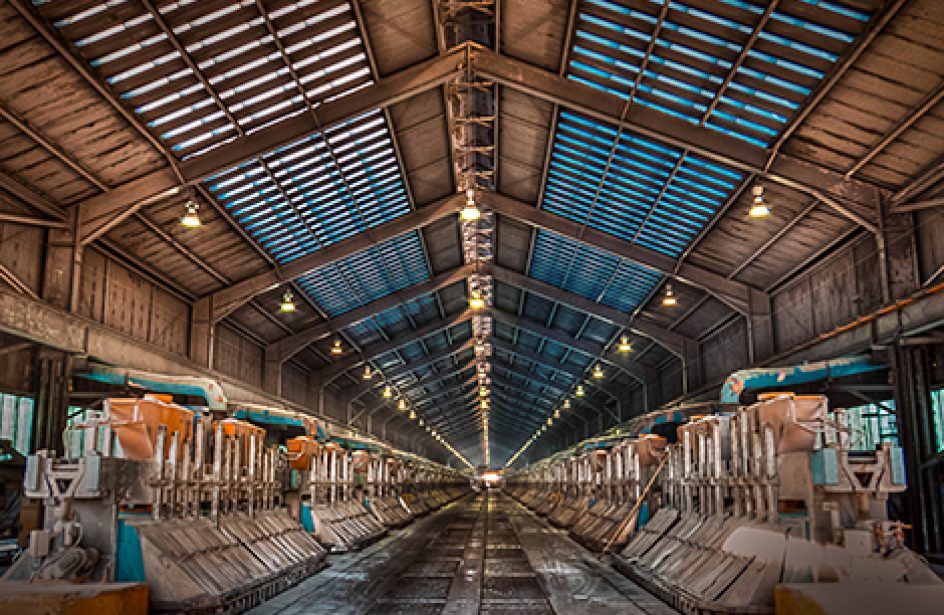 Aluminium Bahrain B.S.C. (Alba) announced results for the final quarter and full year of 2017 late last week, boasting of strong numbers for both periods across the board.

Alba recorded a year-on-year rise in sales volume for the year of 0.4 percent to 978,195 metric tons, with production on an upswing as well, better by 1 percent over 2016, totaling 981,016 metric tons. Total sales in the year came to US$2.3 billion, a 28-percent rise year-on-year from 2016’s total of US$1.8 billion. In the fourth quarter alone the firm reported sales of US$672.2 million, a 39-percent jump year-on-year from 2016’s fourth-quarter total of US$483.0 million. Alba credits higher prices at the LME as being the primary motivator for both increases.

In addition to an overall rise in sales, the firm witnessed a bump in value-added sales, increasing by 1 percent to encompassing 57 percent of the firm’s total sales.

The firm made significant strides in construction on its new Line 6 potline, logging 5 million man hours without a lost-time incident. At the conclusion of 2017 the new line sat at a completion percentage of 40 percent, with the 3 million hours invested in the power expansion bringing it to 47 percent completion.

Going forward, Alba intends to continue its safety initiatives and carry on work upon Project Titan – Phase III. The firm also plans to utilize the market’s strong physical demand for aluminium into continued gains in value-added sales. Further work on Line 6 is in the offing for the current year, with a second tranche of ECA financing expected by the end of next month.