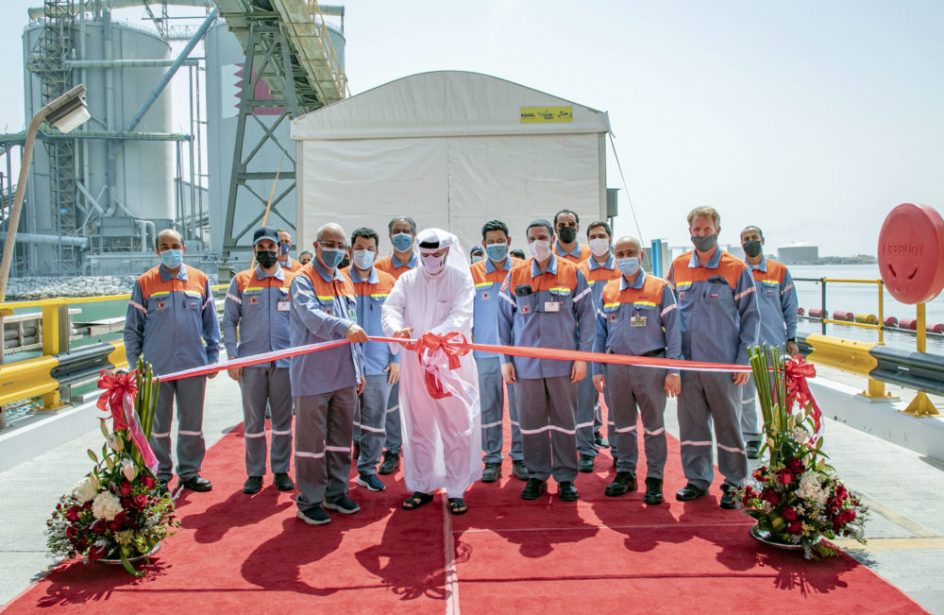 Aluminium Bahrain B.S.C. (Alba) commissioned the new marine jetty extension at the firm’s port facilities this week. The new jetty will allow ships of a much larger size to be used for importing alumina.

The new jetty extension is part of a larger project to increase production at Reduction Line 6, which will double Alba’s overall production. The 79-foot extension to the jetty will allow 60 thousand metric ton Panamax vessels to offload at the site, and the new extraction system at the jetty will make the unloading process faster than before.

Along with the newly-lengthened jetty, a new 50 thousand metric ton alumina concrete storage silo was built as part of the 2-1/2 year project as well as a new truck loading station. Altogether the facility now has a storage capacity of 150 thousand metric tons across three silos.

Alba’s Chairman of the Board of Directors, Shaikh Daij bin Salman bin Daij Al Khalifa, noted the importance of this accomplishment in a press release.

“Today marks an important milestone, not only for our Marine Terminal but also for Alba. With the seamless infrastructure of our Marine operations, Alba will strengthen its competitiveness in the global Aluminium industry all the while support Bahrain Vision 2030. This expansion marks our commitment to secure importing additional raw materials following the successful completion of Line 6 Expansion Project in 2019 which has made Alba the largest smelter in the world ex-China with a built-in production capacity of more than 1.5 million metric tonnes per annum. I take the opportunity to thank each and every employee, contractor and partner for their contribution to the safe and successful completion of this project.”

“We managed to finish the Jetty-upgrade and related facilities on time especially as our Marine Terminal never stopped its operations during the construction work,” noted Alba’s Chief Executive Officer, Ali Al Baqali. “The basis for this success story goes to our team unique-capabilities and know-how in overseeing the upgrade all the while making sure that Marine Terminal continued to meet Alba’s requirements for smooth operations.”