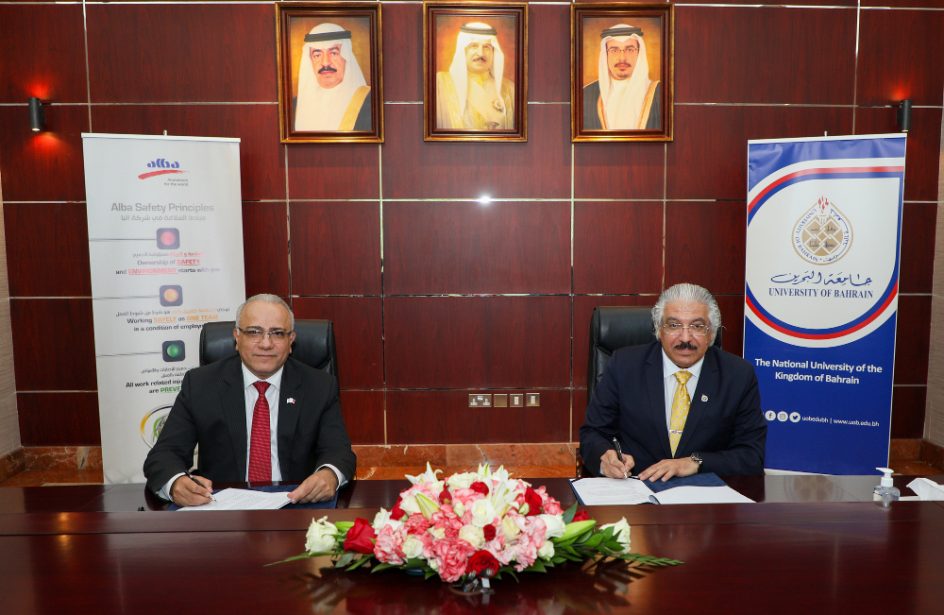 Aluminium Bahrain B.S.C. (Alba) signed a Memorandum of Understanding with the University of Bahrain (UoB) last week aimed at increasing cooperation between the two parties on several areas of research.

Per the firm, the biggest programs currently in progress between the two institutions involve technology aimed at implementing solar and renewable energy in the aluminium industry. Such programs dovetail with the country’s National Renewable Energy Action Plan as well as Alba’s own shift to producing more sustainable aluminium.

University president Prof. Riyad Y. Hamzah noted the importance of the MoU in comments relayed in a related press release.

“We are delighted to ink this MoU with one of the world’s leading aluminium producers. This agreement will pave the way for enhanced cooperation, especially in the fields of scientific research, training and academic programmes.”

Hamzah continued by thanking Alba for helping with the several hands-on training and service in relevant committees the firm has given the institution over the years.

Alba’s CEO Ali Al Baqali said the partnership will aid its efforts in other important areas as well.

“This MoU is an extension of the collective initiatives over the years between Alba and UoB in different fields. This national partnership is set to enhance our joint efforts to invest in the Human Capital and accordingly build the capabilities of Bahraini nationals in line with Bahrain Economic Vision 2030.”