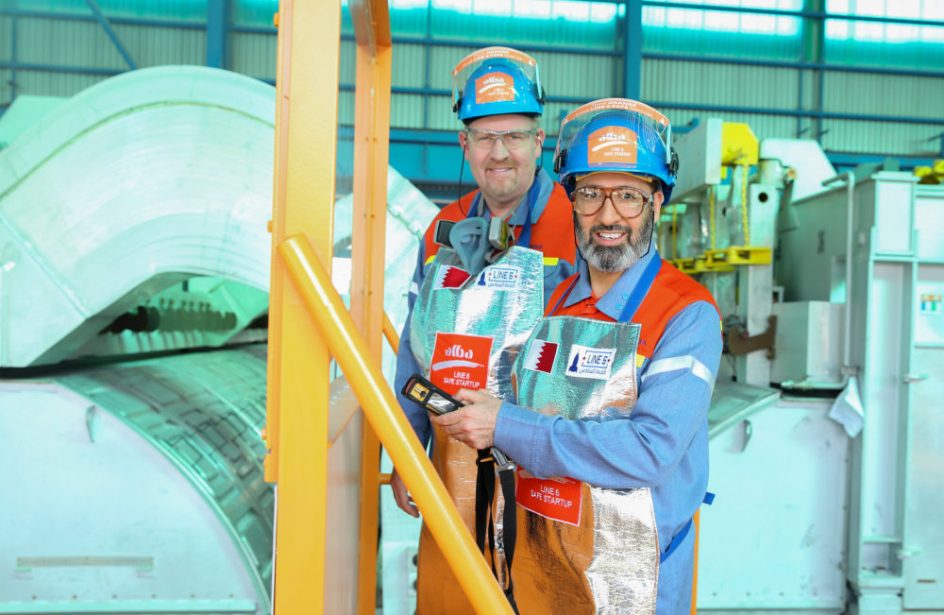 Months of construction came to an end at Aluminium Bahrain B.S.C. (Alba) earlier this week after the firm commissioned Potline 6, making the firm’s operations the largest single-site aluminium smelter on Earth.

The commissioning, which involved energizing the pot for the first time, occurred almost two weeks ahead of the scheduled completion date of January 1, 2019. The early completion set another record – that of the fastest construction ever delivered in the aluminium industry to date.

“On this dual occasion, the National Day and the commissioning of Potline 6, I would like to express my sincere congratulations and utmost appreciation to Bahrain’s leadership for their guidance and wise directives, and to the Government of Bahrain for endorsing Alba’s Line 6 Expansion Project and for trusting us to achieve this landmark project,” said Alba’s Chairman Shaikh Daij Al Khalifa. “Celebrating the commissioning of Potline 6 during the much-awaited National Day celebration makes it all the more significant as it will always be remembered.”

“We are also very pleased to have started the commissioning of Potline 6 safely ahead of schedule and for that I would like to thank Bechtel, our EPCM contractor for Line 6 Expansion Project Smelter, and Alba’s Executive Management for their hands-on orchestration as well as our employees and contractors for embracing extreme ownership.”

“This milestone precedes the gradual ramp-up of 424 pots in Potline 6 which upon completion will make Alba the largest smelter in the world,” he concluded.

Bechtel’s Mining and Metals Global Business Unit President Paige Wilson highlighted the rapidity of construction, which ran at a shorter timeline than typical projects of this nature.

“We are very proud of this achievement. The Alba Potline 6 Project’s 24-month schedule to First Hot Metal, or first aluminium, is six months faster than the industry standard. This is a world-class achievement for Bahrain, Alba and Bechtel. This success was only made possible thanks to the very strong collaborative relationship Alba and Bechtel have formed.”