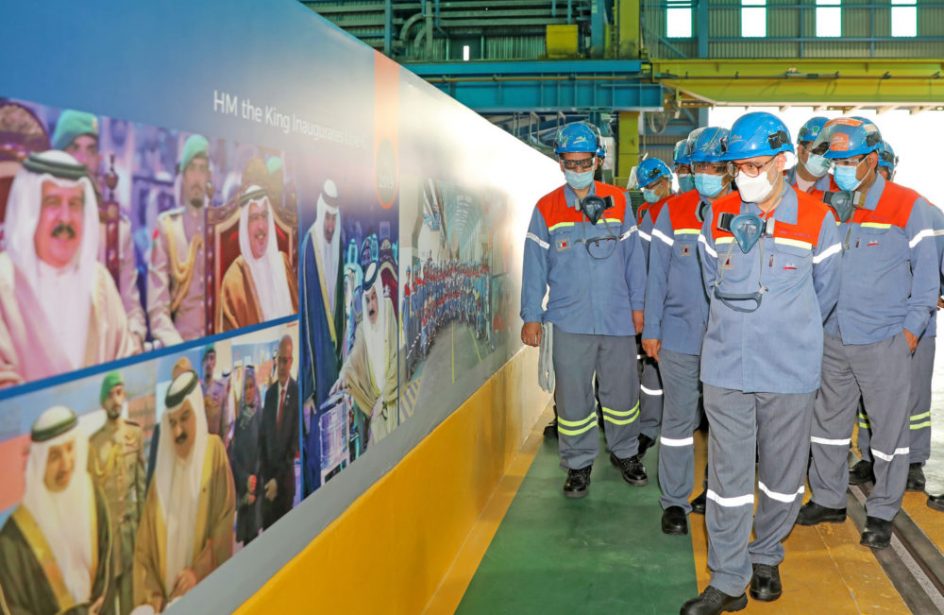 Aluminium Bahrain B.S.C. (Alba) said the newly-commissioned aluminium smelting capacity at its Reduction Line 6 is a “game changer” for the now-largest aluminium producer outside of the People’s Republic of China last week.

During a visit by the chairman of the board Shaikh Daij bin Salman bin Daij Al Khalifa last Thursday, the chair commented that the 540 thousand metric tons per annum of added aluminium smelting capacity has put it in an entirely different financial category since it opened two years ago.

“A game changer, Line 6 has made Alba the world’s largest aluminium smelter ex-China. The organic growth which the Company has embarked on with Line 6 in operations has seen Alba top new records in its financial performance and scale the ranks to join the US$720 million club for the first time in its Net Profits for the nine-months period of 2021.”

“I also take this opportunity to thank Line 6 team for an unparalleled performance and for maintaining Operational and Safety standards at all times,” al Khalifa concluded.