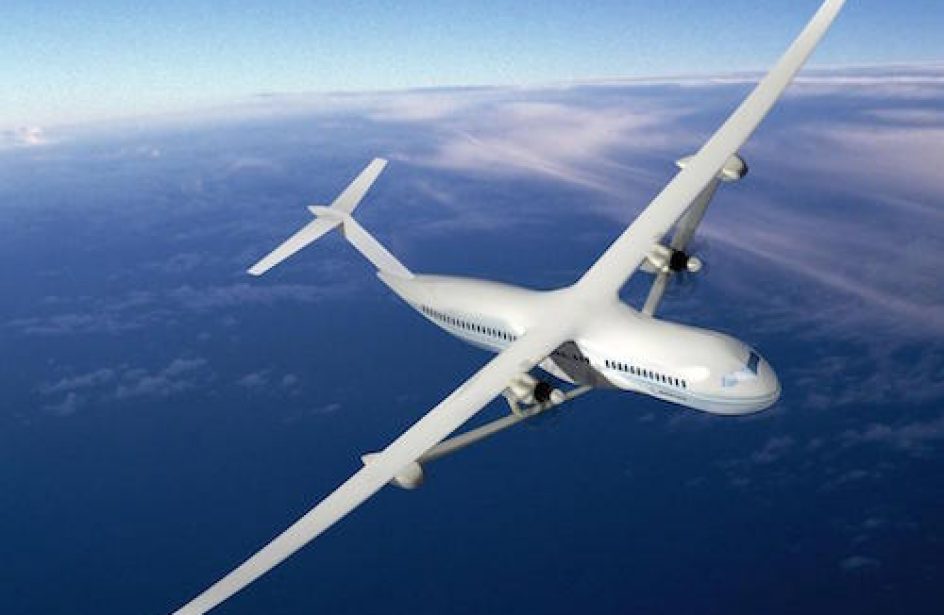 The future of the aerospace industry appears bright and will be characterised by strong aircraft demand for the foreseeable future. Consequently, demand for aluminium alloys for this industry will remain high as well.

The worldwide commercial passenger and cargo aircraft fleet, as well as the annual number of passengers, are forecast to double over the next two decades. According to Deloitte, over the next 20 years passenger and freight traffic are expected to grow at an average annual growth rate of 4.6 % and 4.4 % respectively, contributing to increases in aircraft production. The increased passenger travel demand in countries experiencing growing living standards, primarily India, China, the Middle East, and other Asia-Pacific region countries, is driving global passenger leisure and business travel growth, and increasing freight transportation requirements. The need for improvements in fuel burning, lower maintenance costs, and reduced noise and emissions will drive aircraft manufacturers to optimise design solutions for a new generation of aircraft. 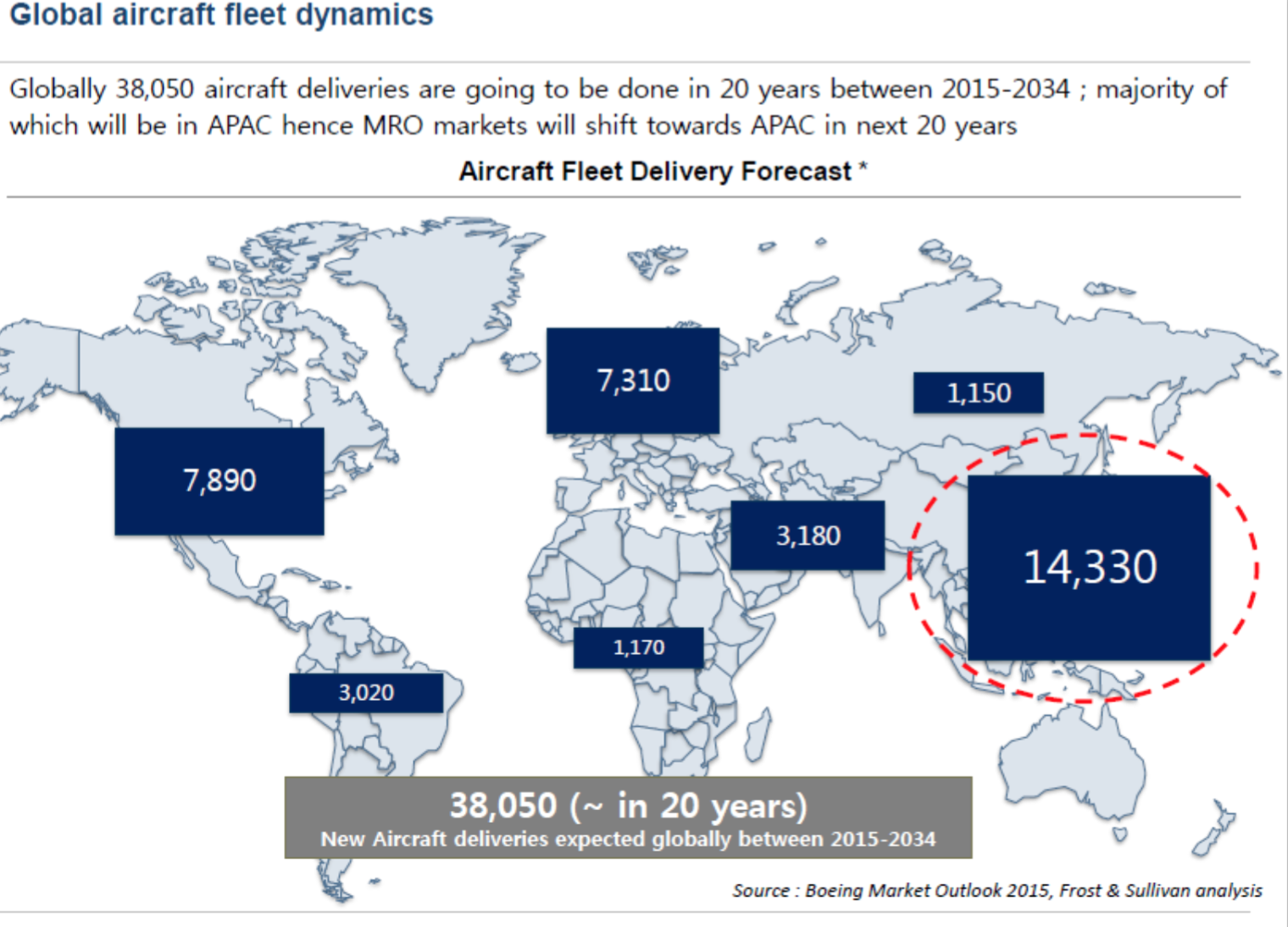 Airbus Group and Boeing had a combined order book of over 12,400 aircraft at of the end of the third quarter of 2015, which represents an estimated nine years of current annual production.

According to Deloitte, it is estimated that 1,420 large commercial aircraft will be produced in 2016, a 40.5 % increase from just five years ago. Boeing also forecasts a need for 38,050 new aircraft valued at over US$ 5.6 trillion over the next 20 years, which bodes well for the leasing industry. Airbus’ Global Market Forecast for 2015- 2034 projects a demand for approximately 32,585 new passenger and freighter aircraft at a value of around US$ 4.9 trillion. 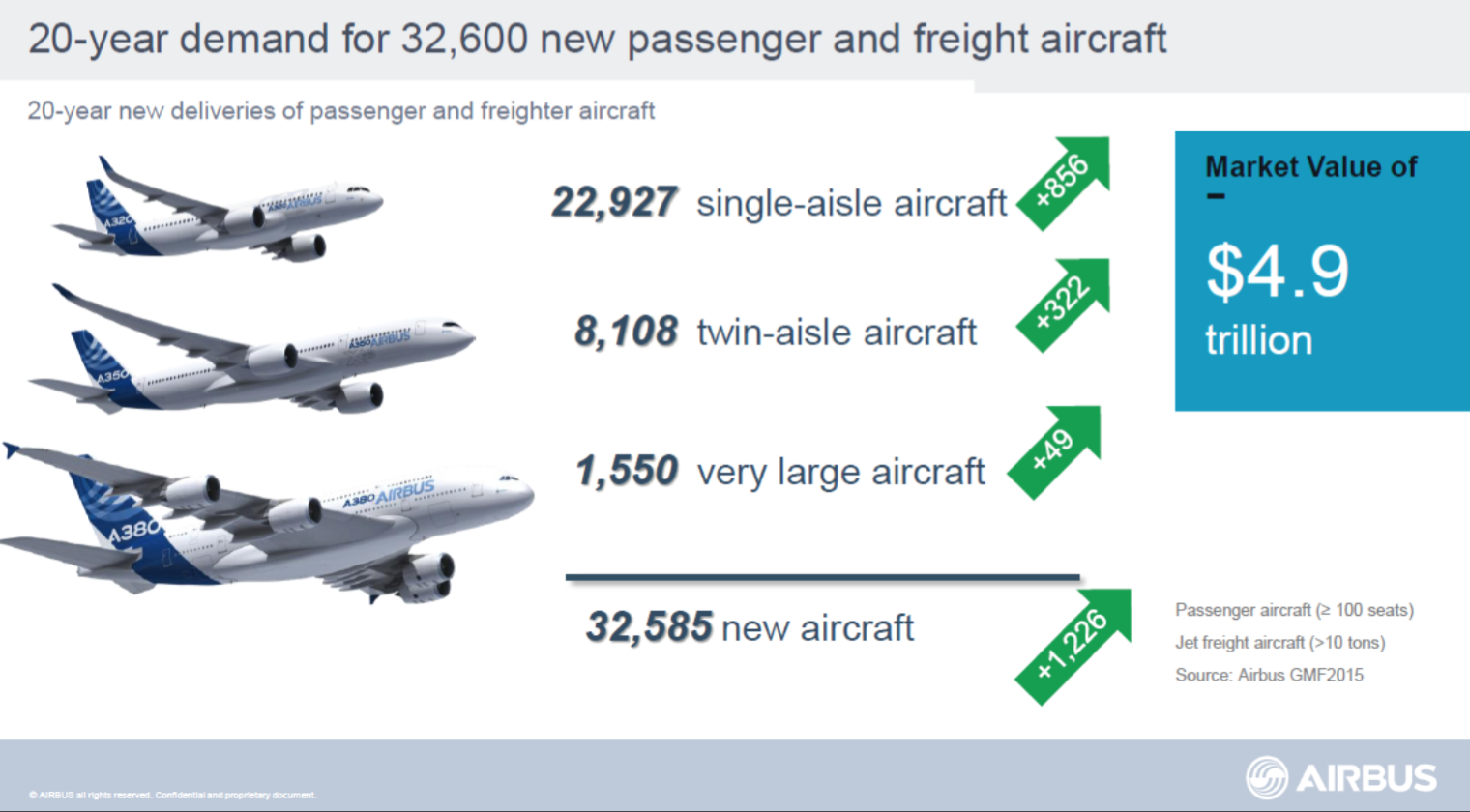 China is expected to be the world’s largest single-country market for civil aircraft sales over the next 20 years. Boeing estimates that China will need to add more than 6,000 planes to its commercial fleet to meet traffic demand. By 2034, around 40% of the fleet is expected to be operating in Asia-Pacific and China, where continued higher-than-average passenger traffic growth rates (of 5% and 8% respectively) will see those regions remain the key drivers for new aircraft demand in the next 20 years, said Flightglobal Consultancy. Rapid population growth and rising incomes in these countries are creating a larger middle class with greater consumption needs and an appetite for travel.

However, increased demand for air travel requires not only additional aircraft, but also infrastructure investment to support the operation of those aircraft, including airport expansions and efficiency-based improvements to air traffic control (ATC). This leads to a conclusion that increased demand from the aerospace industry will at the same time increase demand for aluminium to be used in construction and infrastructure.

The infrastructure limitations will likely be felt most acutely in the rapidly developing markets of Brazil, China, India, Indonesia, the Philippines and Turkey — countries that are projected to see the biggest jumps in the number of air passengers and that are in need of significant infrastructure upgrades. Out of 346 new airport developments globally more than half of them are going to be in Asia –Pacific region, opening up huge opportunities for the airport support industry.

According to ALFED, the trade association representing the British aluminium industry, firms supplying the material to the big manufacturers Airbus and Boeing continue to record excellent order volumes. Long-term demand for aluminium is forecasted to continue well into the future as building rates for single aisle and long-range aircraft continue to be ramped up. For Will Savage, CEO of ALFED, there’s an exciting future ahead for aluminium in the aviation industry: “Demand for aluminium in aviation remains strong and I predict it will really start to grow when orders for new players, like those in China, begin to take off. Just like the automotive sector, we are certain aluminium is going to play a major role in aircraft manufacture for many years to come.”

Advanced aluminium alloy technologies, including the latest Al-Lithium products, will help the designer achieve such benefits by offering the best combination of lower density, improved stiffness and corrosion resistance. 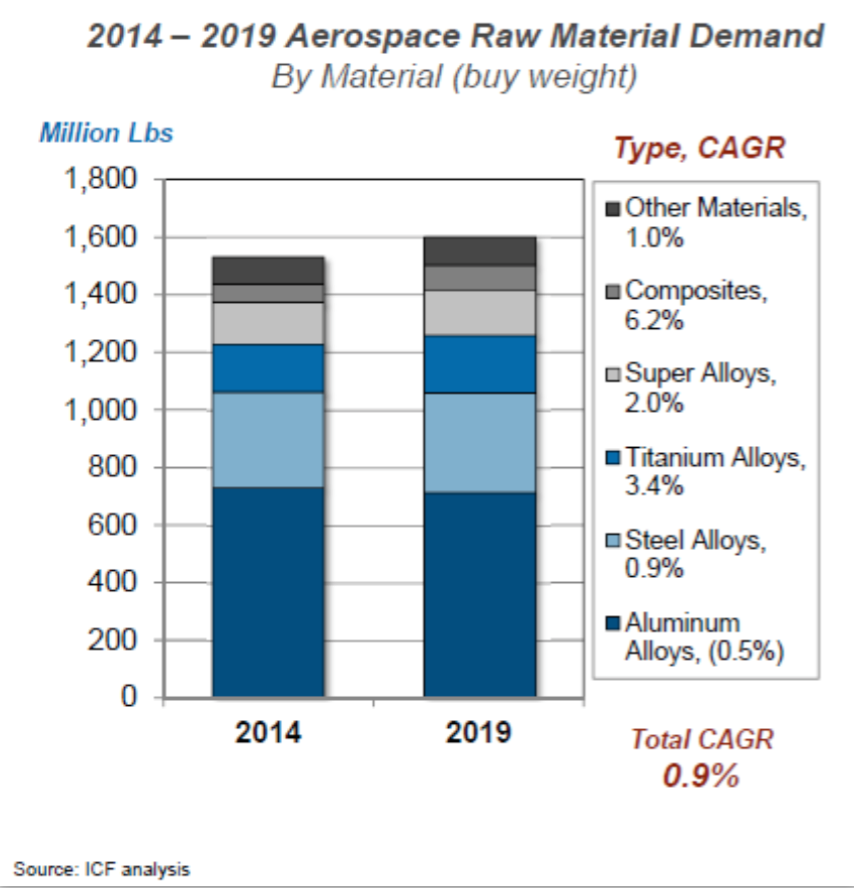 Composite materials – main threat to aluminium use in aircrafts

The use of composite materials has been rapidly growing in the aerospace industry. The latest generation of aircraft have demonstrated huge progress with the A350 XWB’s structure at 53 % composite and the Boeing 787 at 50 %. The most common target within the industry is to achieve 50 % composite content and 20 % weight reduction by 2020. With implementation of the new generation of twin-aisle jets, composite demand is expected to triple over the next 20 years.

Conclusion on the future of aluminium in comparison with advanced composites in the aerospace industry: