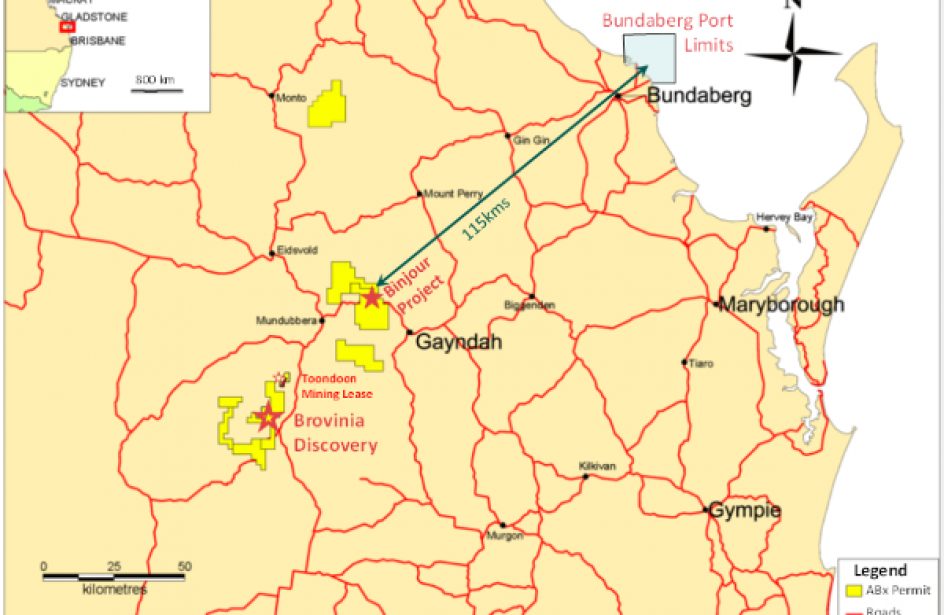 Sydney’s Australian Bauxite Limited updated investors on the progress of its flagship project yesterday, advising them that the review of the resources at Binjour are soon to progress to their next logical step.

According to ABx, marketing partner Rawmin Mining and Industries Pvt. Ltd has requested to advance with the review at Binjour the two firms began in May. The review’s next steps include continued discussions with local government and business stakeholders in the area, identifying and overcoming logistical hurdles related to preliminary start-up shipments, developing product specifications, delivering product samples to pre-approved customers, and addressing economic and financial issues related to commencing production.

ABx’s review includes a mining lease at Toondoon, which is located one hundred miles from central Queensland’s port city Bundaberg. The lease, which has an estimated reserve of bauxite ore of 3.5 million metric tons, may see commencement of production prior to full approval of the overall operations at Binjour.

“The greater Binjour project has potential to produce metallurgical grade bauxite during the dry season which is the same time of year that monsoons close the ports in western India that Rawmin uses to export its bauxite,” opined Leon Hawker, ABx’s COO. “Coordination between Rawmin and ABx could supply good quality trihydrate gibbsite bauxite to an alumina refinery all year round.”

“Rawmin will lead this project assessment for the rest of 2017 whilst ABx staff focus on making shipments of cement-grade bauxite from its Tasmanian operations,” he concluded.

ABx acquired permission to mine the area in late 2012. Subsequent exploration detected high-grade bauxite outcroppings south of the area in the fall of 2015.