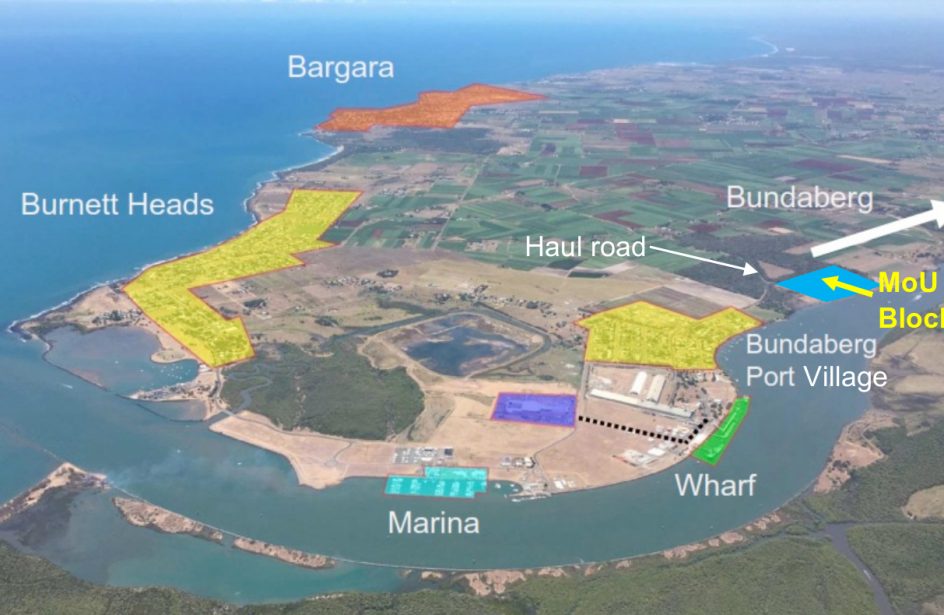 Australian Bauxite Limited (ABx) updated investors on progress at its Binjour Project yesterday. The Project, which it considers to be a prime source for gibbsite-trihydrate (THA) metallurgical-grade bauxite in the state of Queensland, continues to undergo testing in hopes that extraction at the site will prove commercially viable.

Per the firm, it has entered into a Memorandum of Understanding with the Port Authority at the Port of Bundaberg agreeing to partner in an investigation of the feasibility of exporting bulk quantities of bauxite ore through the port. The document allows ABx access to a vacant tract of land adjacent to the port facilities where it may determine if the location will allow it to accept about 1 million metric tons of bauxite ore per annum for loading onto bulk carriers.

Additionally, the MoU contemplates storage of bauxite ore at the site, blending it on-site to customer specifications, and transshipping it at the port to offshore bulk carriers.

Aside from shipment preparations, ABx has also been conducting testing of the bauxite cache in the area. Earlier this month the firm extracted 600 metric tons of mid-grade bauxite ore, finding it to be easily removed using medium-sized equipment. About one-fifth of the material consisted of boulders made up of good-grade bauxite, which ABx says will prove useful in blending custom grades of bauxite ore for its customers.

Perhaps most important was the breakdown of the test sample, which displayed superior dry-screening performance. Per ABx’s tests, site samples showed an alumina content of between 42 and 44 percent, a silicon dioxide content of between 4 and 6 percent, and an iron oxide maximum content of 26 percent. ABx notes that such bauxite ore is well suited for low-temperature alumina refineries.

Finally, ABx pointed out that it rehabilitated the site after testing by restoring the pit sites to their original land form. The firm says it did not disturb any existing trees during the entire process.