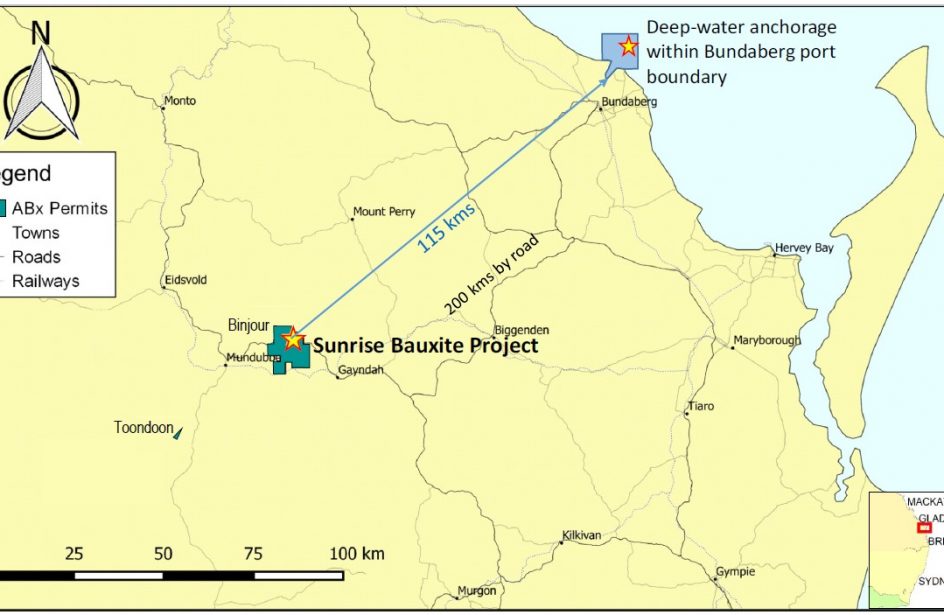 Per the new agreement, Alumin will pay up to A$18 million into the project for development costs. Alumin’s contributions to the project will give the firm progressively more of a share in it, with a maximum share of 49.9 percent if the entire contemplated amount is paid in.

With this agreement in place, ABx will now begin finalizing the process of project approval and establish a more firm timeline for the project to begin.

ABx Group CEO Dr Mark Cooksey said in a press release that the agreement is a major milestone in the project.

“It’s a great day to celebrate. We overcame many challenges and two years delay caused by border closures due to Covid. We gratefully acknowledge how supportive the state and local governments, as well as the community, have been over the years. These two Joint ventures – one comprising development of the bauxite mine and the other comprising port operations – are independent and will progress at different stages.”

Mark Luca, ABx Group State Manager – Queensland, said his firm is making sure to include local involvement in the development of the mine.

“We are working closely with the local community groups to ensure engagement. This joint venture agreement allows us to progress the mine lease application process. Today is a momentous occasion for this project.”

ABx says the mine has a life of about 20 years and will employ many locals in the area. The first two years of the mine’s operations are expected to yield 500 thousand metric tons of metallurgical-grade bauxite ore, ramping up to an expected total of 2 million metric tons of bauxite ore thereafter. Buyers for the bauxite ore include firms from the People’s Republic of China and India.