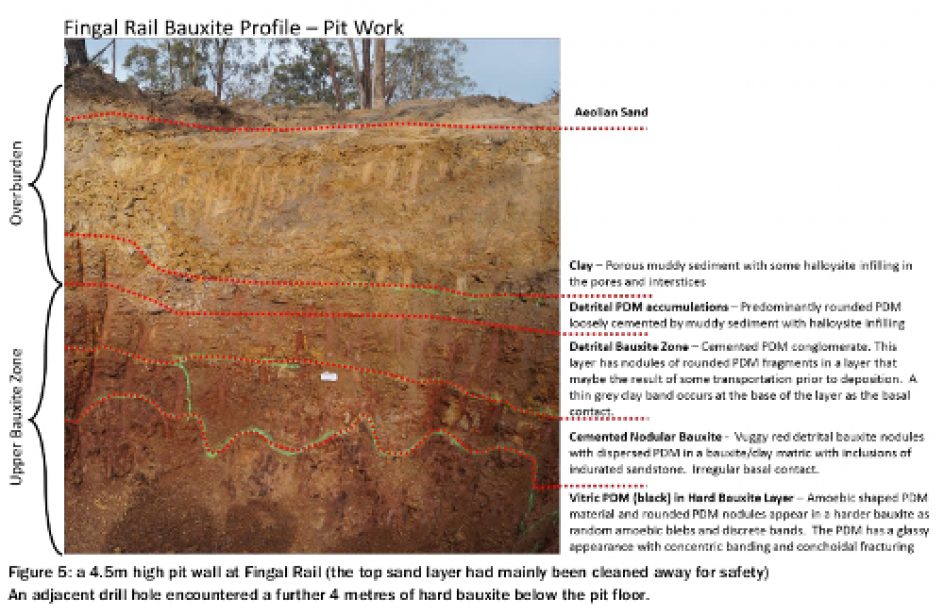 Sydney’s Australian Bauxite Limited announced a significant resource increase at its Fingal Rail Bauxite Project yesterday. The firm’s new estimate is over five times the number given according to initial data.

This is a significant boon to ABx, as the Fingal Rail project is at the top of the short list for the firm’s next mine. The project would be operated as a part of the Campbell Town project, which also operates the Bald Hill mine. Upon ironing out long-term sales contracts, ABx says it will expedite the development of Fingal Rail’s significant quantity of cement-grade bauxite. The bauxite at Fingal Rail is suitable for significant production, and are fortuitously located in close proximity to a rail line.

According to the firm, ninety percent of the bauxite in the area is of saleable grade directly from the ground, but it plans to dry screen the ore so that it may be divided up into different product types in order to meet specific customer requirements.

The firm says that its other projects, namely the operations at Nile Road, DL-130, and Portside, will be reexamined presently in order to determine the volume of the cement-grade bauxite yet to be harvested and the resulting estimated economic potential.