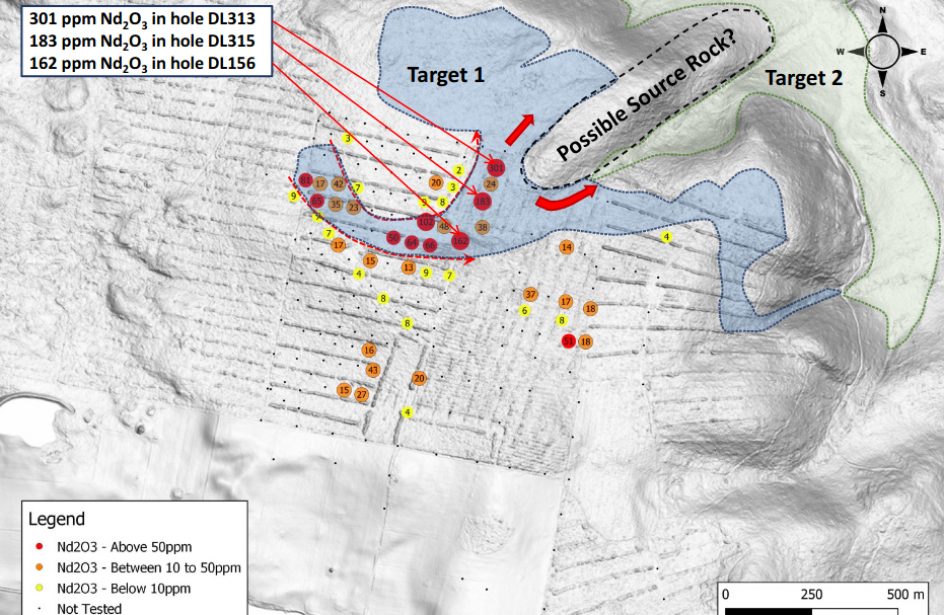 The firm said on Thursday that a new result gleaned from a new drill hole showed a grade of 301 parts per million (ppm) of neodymium oxide (Nd2O3), well surpassing the prior testing that obtained a high of 156 ppm.

ABx’s experts say the testing also shows a high-grade zone in the northeastern portion of the DL130 tract. Such a result is indicative of a “source rock” that they say is likely located northeast of the high-grade zone.

The firm expanded the testing area grew from 500m wide to 700m wide, and results show 2 km of target structures. ABx will continue exploration at the site, and samples are being put together to test those new target structures.

ABx exploration manager Paul Glover said in a press release that the firm is eager to continue testing.

“ABx is delighted with the rapid growth in the size and grade of this REE deposit since its discovery. We are improving our exploration technology at a rapid rate and we feel confident we are ready to undertake exploration over a wider target area.”

“Because the REE is associated with clays and are soluble REE, the mineralisation appears likely to be Ionic Adsorption Clay deposits (“IAC”) which have been a major source of low-cost REE production in southern China,” he continued.

ABx noted that the market for neodymium oxide has risen sharply recently, as the super magnets the mineral is used in are finding increasing use in electric vehicles, wind turbines, smart phones, and military electronics.