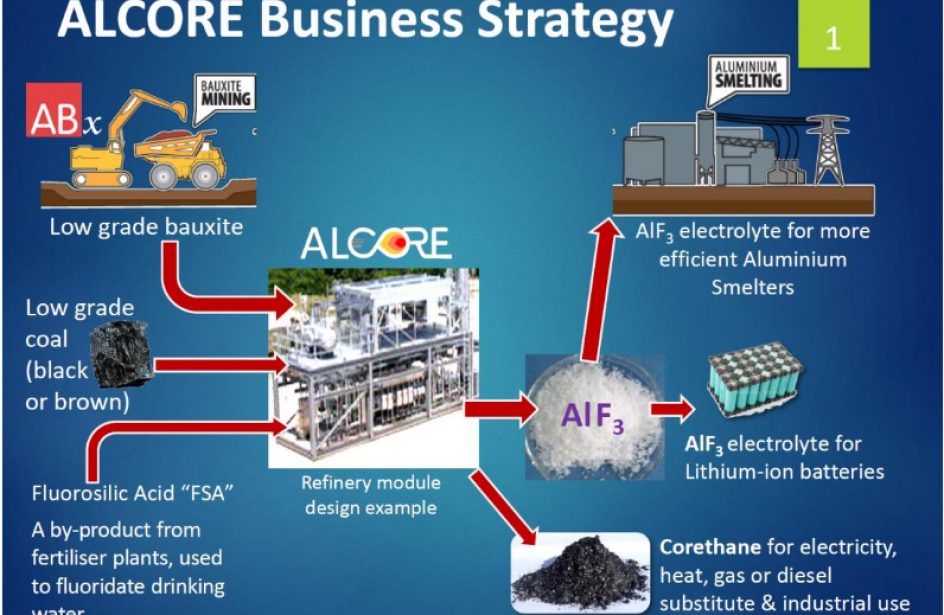 Per ABx’s press release, ALCORE is now in the process of purchasing equipment for the project, which it expects to begin production by year’s end. Construction at the site began in July in New South Wales, Australia, where the company plans to produce AlF3 samples for shipment to certain aluminium smelters.

In addition to AlF3 production, ALCORE intends to begin production of Corethane, a pure hydrocarbon powder for use in place of other, more polluting hydrocarbons.

Ian Levy, ABx’s CEO, greeted the news as a positive step in the development of both the Corethane and the AlF3 projects.

“ABx’s subsidiary ALCORE is sufficiently funded to deliver Stage 1 of the ALCORE project, thanks to strong support from seed capital investors. ALCORE’s powerful new bauxite refining technology can lead to Australia’s first production of AlF3 products to provide security of supply for Australasian aluminium smelters. ALCORE Limited is expected to unlock considerable value for ALCORE and ABX shareholders in the short and medium term.

“In addition to Corethane for energy and fuel security, ALCORE Technology will be tested to produce valuable co-products including silica fume for the cement industry that ABx already supplies cement-grade bauxite, as well as ultra-pure AlF3 for Lithium-ion batteries, iron oxide pigments and titanium oxide pigments. Further potential exists for developing ultra-pure products such as high purity alumina (“HPA”) for the manufacture of scratch-resistant sapphire glass for phones and computer screens.”