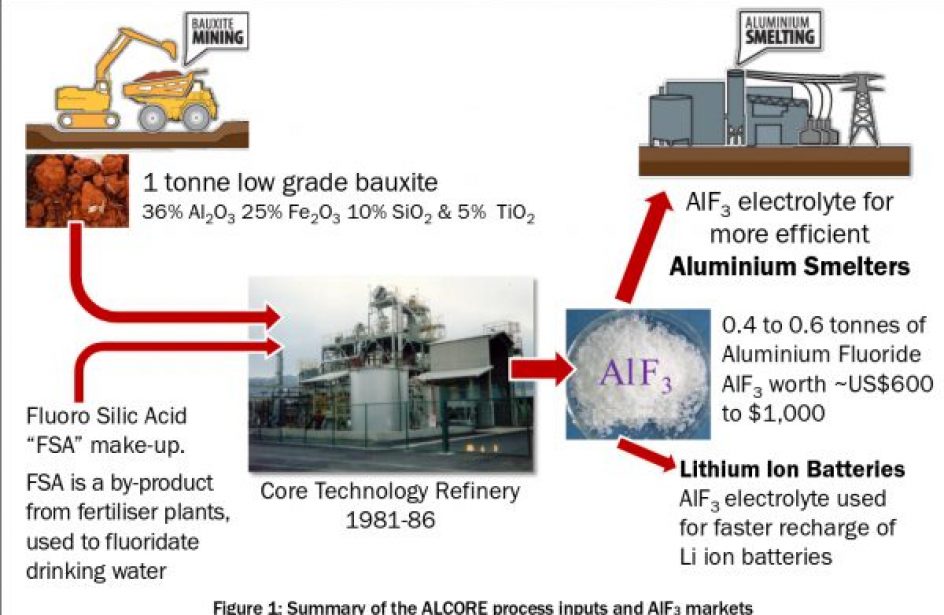 Australian Bauxite Limited (ABx) announced this week that process flow sheet modeling has shown that its plan to use aluminium smelter waste to produce aluminium fluoride (AlF3) is commercially viable.

The firm said that modeling of a 10 thousand metric ton per year aluminium fluoride production plant using dross, which consists of aluminium oxide, aluminium metal and aluminium nitride, with trace cryolite and other impurities, as feedstock has given them even greater confidence in the commercial viability of the process. In addition, thermodynamic modeling has revealed another possibly more effective process for extracting aluminium fluoride from dross, which ABx says it will investigate further this quarter.

The process for deriving aluminium fluoride from dross is proprietary to ABx, and the firm expects that the process will produce substantial economic and environmental benefits. ABx says production of aluminium fluoride using this proprietary process is a great deal cheaper than conventional methods, dropping production costs from A$1,080 per metric ton to A$800 per metric ton.

Alcore CEO Mark Cooksey said in a press release that the advantages to its proprietary method of extracting aluminium fluoride from dross has several significant advantages.

“Process modelling confirms the Alcore process for producing AlF3 from dross is feasible and attractive because it is substantially lower cost, delivers higher operating margins and recycles waste from the smelting process. Alcore will continue to engage with third party experts to accelerate development and commercialisation of the process.”

ABx has also appointed Dr. Xiao Liang as the project’s senior engineer. The firm expects that Liang will help to shepherd the project forward due to his experience and knowledge in technology development.