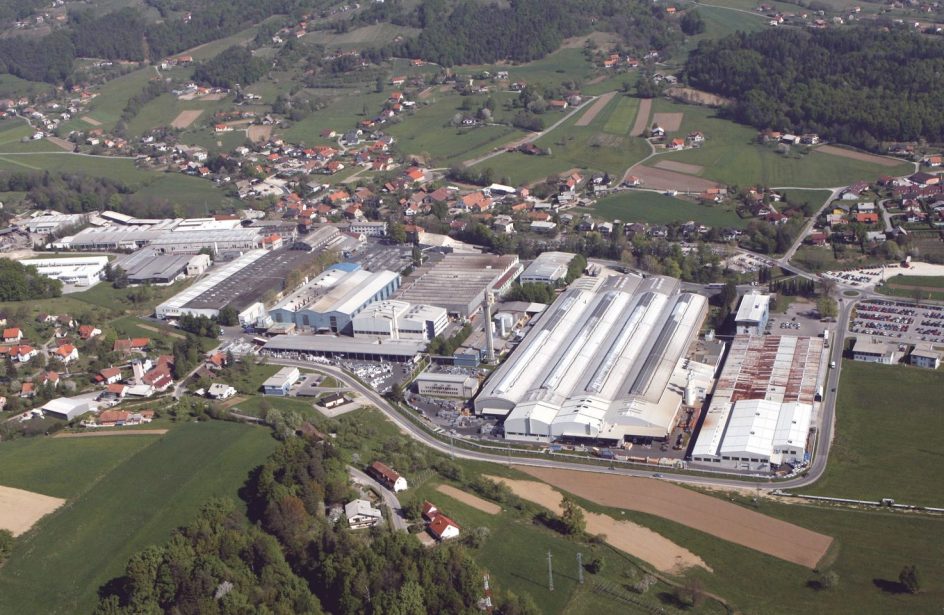 Impol Group, Slovenia’s biggest producer of flat rolled and extruded aluminium products, has big ambitions for its newly established subsidiary Impol-TLM, in the coastal town of Šibenik, Croatia. Impol initially rented the facilities of bankrupted TLM Aluminium in March 2016, and restarted operations, before buying the company last October for €9.8 million. Impol-TLM, along with Impol-Seval, are the main subsidiaries of the Impol Group.

Shortly after the acquisition of TLM, a fire stuck the hot rolling mill and caused €5.1 million in damages to equipments, not including a four-month halt to production. Nevertheless, after overhauling and upgrading old equipment, Impol-TLM managed to produce 71,090 tonnes of rolled products in 2017, with sales of €123 million, the highest of the last 12 years. At the same time, the number of workers has increased from 208 in March 2016 to 390 in March 2018. 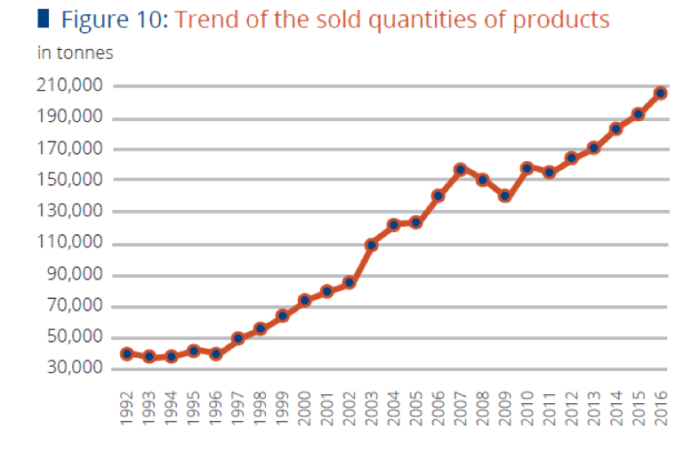 Impol first showed interest in taking over TLM in 2002, but the Croatian government turned down their request, arguing that TLM’s production capacity was greater than Impol’s. The Slovenian company then turned to the Serbian rolling mill Seval in the town of Sevojno, which was also undergoing bankruptcy procedures, and bought it for US$7 million (along with pledged investments of US$14.5 million and social programme of US$4.5 million). It’s interesting to mention that in the early 2000s, because Seval was a main buyer of primary aluminium T-ingots from Montenegro’s KAP, the Serbian company was offered to the latter. However, the government of Montenegro was searching at the time for investors into KAP, and was not interested in buying a rolling mill in Serbia. KAP went bankrupt in 2013 and reduced production from 120,000 tonnes in 2008 to around 50,000 tonnes of T-ingots in 2017, with no plans to start production of flat rolled and/or extruded products in near future.

The decline of TLM

TLM came into being in auspicious circumstances. Near Šibenik, where TLM is situated, in a town called Lozovac, the Balkan’s first plant (Ivanal) to produce aluminium and alumina was built in 1937. By 1940, production amounted to 6000 tonnes. The plant was nationalised by the communist government in 1946. Today, Ivanal (returned to its former owners) produces some 2000 tonnes/year of castings for European automobile producers and home appliance makers.

Before the 1991 Yugoslav war, TLM was an integrated aluminium producer with an electrolyses capacity of 75,000 tonnes/year, an extrusion plant and a rolling mill capacity of over 100,000 tonnes/year. At the end of the 1980s, when production was at the peak, some 5,600 workers were employed at TLM, which was the principal indutrial company in Croatia’s coastal region of Dalmatia. However, the electrolyses was damaged during the war and never restarted production. It was dismantled in 2009.

Several unsuccessful privatisations have been attempted since 2007,  starting with a consortium of Croatian private companies, followed by Austrian and Russian businessmen, before TLM finally went bankrupt in December 2015, under crushing debt of €213 million.

The rise of Impol

Impol Group has around 2320 employees: 1250 in Slovenia, 680 at Impol-Seval and 390 Impol-TLM. Most of the Group’s production is exported on to European Union markets, such as Germany (37%), Italy, Austria and Switzerland. Other than rolled products, the main products are aluminium bars and rods for the auto industry.

It’s safe to say that the the aluminium industry is struggling to keep its head above water in the former Yugoslvaia. Bosnia’s Aluminij Mostar is loss-making and produces only primary aluminium (it is also Impol-TLM’s main supplier). Due to record high alumina costs, Montenegro’s KAP and most probably Slovenia’s smelter Talum are also racking up losses. As such, it is not hard to conclude that Impol is the region’s main and most successful player. And there is no big secret for their success: continued investments (of around €400 million over the last 10 years), devotion to the production of aluminium, the absence of corruption scandals, and a honest relation to workers.

This May, Impol-TLM expects to start production at a new, third oven for homogenisation, for an additional 50,000 tonnes/year input for hot rolling. Another investment is in the works, for a new cast house, with a capacity of over 100,000 tonnes. Total cast house capacity is planned at 200,000 tonnes by the end of 2019, with planned investments of €80 million for that period. So far, in last two years, investments at Impol-TLM have amounted to HRK 100 million (€13.5 million).

For 2018, the planned prduction is 92,000 tonnes and expected sales of around €155 million. By 2025, total production at Šibenik plant is planned at over 200,000 tonnes/year of rolled products with investments of not less than €100 million. Most of the production is planned for use in the automotive industry in Europe, as well as for the aerospace industry.

By 2025, Impol group expects to produce over 400,000 tonnes/year of aluminium products and have sales of over €1 billion, figures which will position the company as one of the largest aluminium processors in Europe.