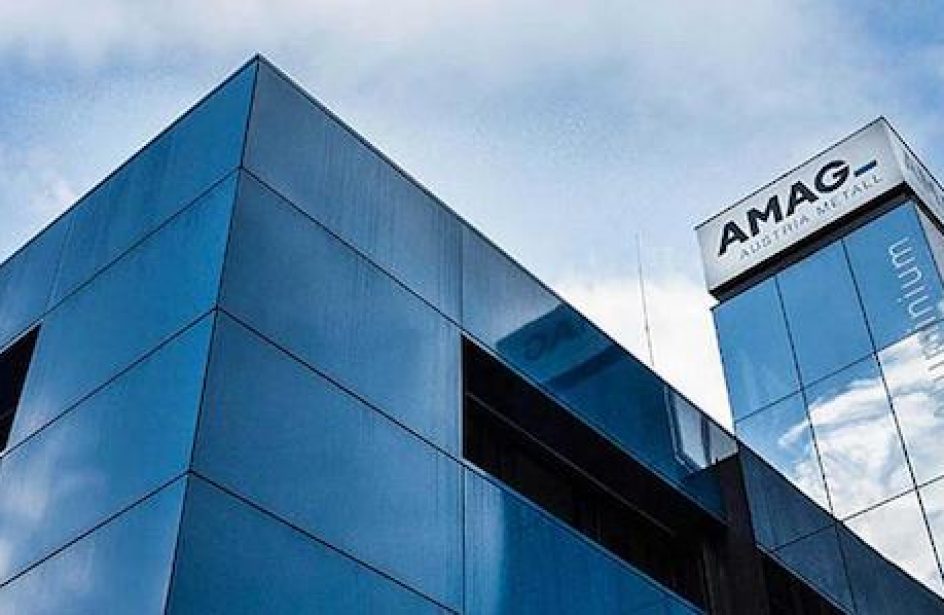 The €687.1 million revenue during the first nine months of 2016 was 2 % below the previous year’s figure, but effects from the lower aluminium price were almost offset by higher shipment volumes, especially in the Rolling Division.

Earnings before interest, tax, depreciation and amortisation (EBITDA) were up by 7 % year-on-year during the first three quarters of the year, growing from €102.1 million to € 109.7 million, while the operating profit (EBIT) amounted to €58.6 million, 17 % above the previous year’s level of €50.3 million. Net income after taxes stood at €38.5 million, representing 15 % growth compared with the first nine months of the previous year.

The higher shipment volumes in the Rolling Division along with more favourable raw materials costs and cost optimisation at the Alouette smelter in Canada contributed to this result.

The shipment volumes amounted to 309,000 tonnes during the first three quarters of 2016, up 7 % on the previous year’s level. Shipments of aluminium rolled products increased by 15 % during the same period to a record level of 153,900 tonnes.

Taking conditions as of the end of September 2016 into account, the Management Board of AMAG Austria Metall AG expects EBITDA for the AMAG Group of around €135 million for the 2016 financial year, thereby again upgrading its earnings forecast compared with its H1 2016 report (EBITDA range: EUR 120 million to EUR130 million).

Helmut Wieser, Chairman of AMAG’s Management Board said: “The positive development of the sales volumes and the results in the first three quarters confirms our growth course. By expanding our capabilities and the product portfolio, we are increasing our competitiveness and are expanding our role as an innovation and growth partner for our customers.

In August this year AMAG rolling selected Primetals Technologies to upgrade the drive technology on the four-high cold rolling stand at its facility in Ranshofen in a bid to increase availability. As part of the deal, Primetals will supply the motors, converters and converter transformers as well as the couplings, disk brakes and mechanical adaptations. The conversion and commissioning work will be carried out during a short shutdown of the plant scheduled at the end of 2016.

In July, AMAG signed a multiyear contract with Airbus. The contract includes a significant increase of business volume commencing in January 2017. The contract is the largest ever signed between AMAG and Airbus.

“The new cold rolling mill, scheduled for start in 2017, will close the gap in the portfolio of wide cold rolled strip and sheet and will make AMAG a full range supplier. With our strategic growth program we have created the base for the expansion of the business with Airbus and for future growth with our customers”, said AMAG CEO Helmut Wieser.